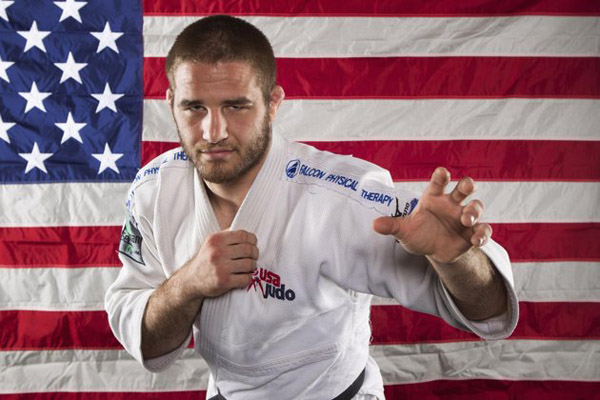 Let’s face it: the fact is that you’re probably not practicing and drilling takedowns and throws as much as you should. But, hear us out; what if you could learn the most powerful legal Judo throw that’s out there – the O goshi? Wouldn’t that make you feel more confident in your whole Brazilian Jiu Jitsu game, both in training and competition?
Olympic Silver Medalist in Judo and a black belt in BJJ under John Danaher, Travis Stevens, breaks down the throw in wonderful detail.

WHERE THE FOCUS LIES

Travis starts off with an important note first: he emphasizes that, when practicing this throw, the focus and the goal should be to set up a strong foundation – even though a competition match will likely require a lot of adaptation on your part in order to perform it successfully (as is the case with all techniques).

Having said that, he moves on to the O goshi setup.

SETTING UP THE O GOSHI: THE STANCE AND THE GRIPS

With his training partner standing in a square stance, feet wide apart, Travis goes on to say that he likes practicing the throws – when it comes to training fundamentals – with the partners taking on a square stance, as it makes the technique quite easy to work with and as it makes it easier to get the important points down.
To set up the starting grips, Travis’s training partner rests his hand on his shoulder and Travis grabs the partner’s collar on the same side. On the opposite side, he grabs high on his partner’s sleeve.

Then, Travis shifts his collar grip to a grip behind his training partner’s back, where he grabs the dead center of the gi, the „seam of the jacket“. And why grip there, exactly? Because this position allows Travis both for good defense – when he presses his hand down; as well as for good offense – when he rolls his hand up his training partner’s back.

THE FOOTWORK AND THE PULL

As he grabs the back of his training partner’s gi, Travis gets a good angle with his legs and hips: the so-called „V stance“. From there, he sets up his favorite footwork: his back leg goes in first by making a big step.
Pay attention to the position of this leg’s foot: it’s facing in the direction of the throw, at around a 45 degree angle.

As the back leg goes in, Travis performs a big pull on his training partner’s sleeve in order to shift his balance to his outside leg. Here, he also emphasizes to take a good look at how he is shrugging as high as he can, in order to get the most out of the pull.

From there, Travis’s other leg comes through as he moves his hips in front of his partner; in other words, he’ll use his hips to lift his training partner up.

At the same time, Travis emphasizes, you need to pay attention to continue on with the pulling motion. In this case, it is very important that you don’t lower your opponent’s arm down as you go for the throw, as they’ll be able to impose a counter from there. Instead, make sure that when you pull, your hand comes up to your forehead.
Therefore, as he is pulling his training partner, Travis simply bends at the waist and rotates his shoulder in order to drive his partner even further forward, finishing the O goshi with ease.

Intrigued? Watch the video below and see Travis Stevens demonstrate the O goshi in much more vivid detail!