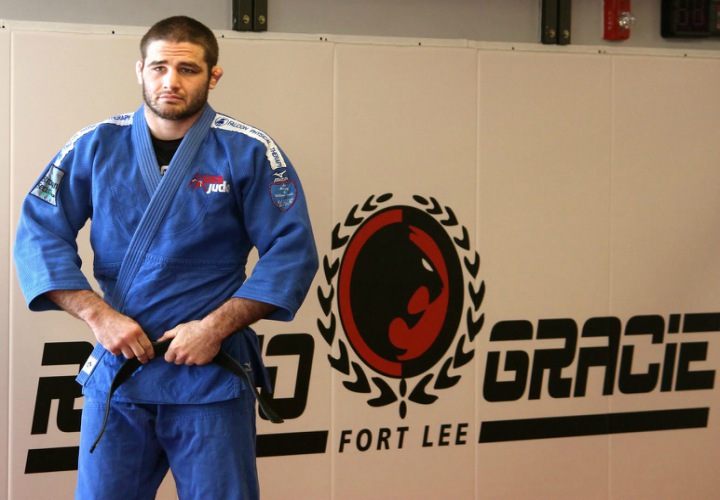 Travis Stevens has no holds barred and he’s not afraid to speak out. Over the weekend he’s attended the IBJJF Masters – and his impression was quite positive.

Stevens writes in his blog:

(IBJJF) have vendors, school associations, food, and free seminars from some of the greatest BJJ players world wide.

I really wish I could convince the Judo community to get on board with making money from the services provided to everyone. That means charging for monthly rates, entry fees for events, seminars, private lessons, and more. As a community, we need to start treating Judo as a business from the grassroots level all the way up to the professional Olympic athletes.

Interestingly Stevens blames the Judo governing body for nobody taking responsibility to ensure growth in USA.

We do so many things wrong with the sport’s organization, such as underutilizing marketing/advertising. We don’t highlight any of our athletes and build them up into professional brand ambassadors. The organization has never used any of the “all star athletes” (present company included) to help raise funds from potential sponsors.

IBJJF’s for profit structure has been criticized before but Stevens highlights it as one of the upsides:

These are just some things that I personally feel are very basic that every organization should be doing. Essentially when the most used lines in an organizations are “we don’t have the funds for that!” Running events like this is a catch 22 because it takes money to make money and an event like the 2017 IBJJF Masters probably cost $250k to run but like I stated earlier there are over 5,000 competitors at a $100 an entry fee. The vendors and booths are about $10,000 each for the event. The money comes back very quickly. I understand that in Judo we don’t have the numbers to run events like this but we also hinder ourselves from growth by not doing the right things to get to the level of the IBJJF.

Still his point is hard to miss. Judo is hardly on par with popularity in USA as other martial arts.

We could make so many improvements but nobody wants the change, everyone just wants to stay on this amateur and the low budget path that eventually leads to failure.

You can read more of Stevens’ expose here.