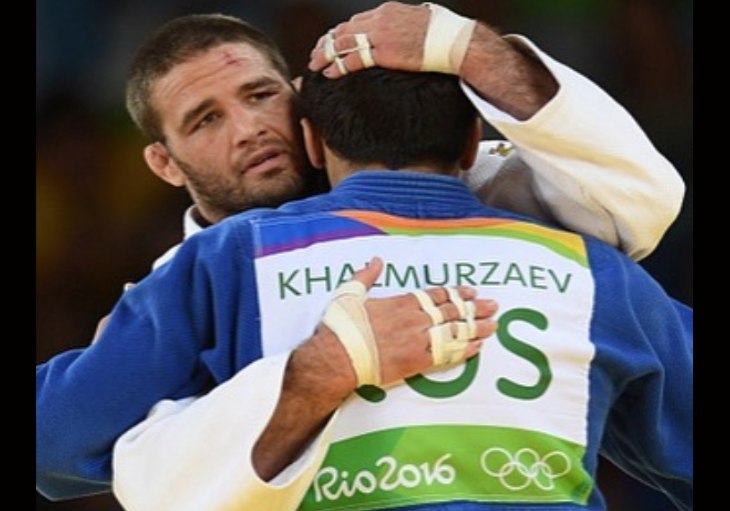 Travis Stevens, an Olympic Silver Medalist in Judo and a black belt in BJJ under John Danaher, has a unique perspective on the differences between Judo and Brazilian Jiu Jitsu – one well worth listening to and discussing about, especially considering his outstanding background in both sports!
Here’s what he had to say.

BJJ AND JUDO – FOR ADULTS AND FOR KIDS

To start off, Travis says that BJJ is a sport that is certainly more accustomed for adults; the ones who are looking to get in shape and learn a martial art which will give them enough self-confidence to know that they are able to defend themselves if a situation to do so ever arises.
Another thing with Jiu Jitsu is that you don’t really have to be a competitor to enjoy the sport, says Travis. Also, BJJ won’t beat up your body so much that you’ll have problems going to work the day after training.

On the flip side, Judo contains much more of fundamental resources for the kids and the youth, Travis elaborates. This is mostly due to the fact that Judo requires being prepared and skilled enough to be able to throw, to be able to fall, to get back up… It teaches kids fundamental movements that will add up building blocks to their overall sports development and life. For example, if they decide to be a wrestler, a soccer player or anything else afterwards – they’ll be a bit more developed and more in control over their own bodies than their peers are. Judo will do this on a higher level than BJJ will, Travis argues.
However, through the combination of both Judo and Jiu Jitsu, the kids will be able to grow into all sorts of other sports, even those outside martial arts – far faster than any other kid or teen that only trains football or soccer, or anything similar for that matter, will be able to do.

COMPETE AS A FIGHTER… OR „JUST“ AS A BJJ COMPETITOR?

On another note, if somebody’s goal is to become a well-rounded grappler that can handle situations well in both Gi and No Gi, Travis advises them to train Judo. But, if their sole purpose is to compete and win BJJ matches, then Travis’s advice is to stay away from Judo.

Travis also argues that Judokas have a much more developed sense of brotherhood between themselves than Jiujiteiros do. He explains that this is because Judokas see each other year-round and physically train together – unlike the BJJ community, where it’s: „Renzo Gracie versus Gracie Barra versus Alliance versus Zenith…“
Even when they are competing in front of their countries, Travis says that Judokas will fight one day and then train together the next day – the reason being that they understand that, if they want to get better, then they need to train with the best of the world. They don’t limit themselves with the people in their country, whereas Jiujiteiros limit themselves with the people within their own school or association.

To end, Travis points out that the International Judo Federation (IJF) has a rule that no Judo player on the IJF ranking list – a Judo professional in that regard – can compete in any other grappling sport other than Judo, unless they are given permission by the Federation beforehand.
He points out that he, himself, was denied every opportunity to compete when he asked the IJF for permission – which led him and other athletes to simply not ask anymore.

What do you think? Watch Travis Stevens elaborate on this topic in the video below: