Travis Stevens on Self-Doubt: “You Have To Remember What The Real Goal Is” 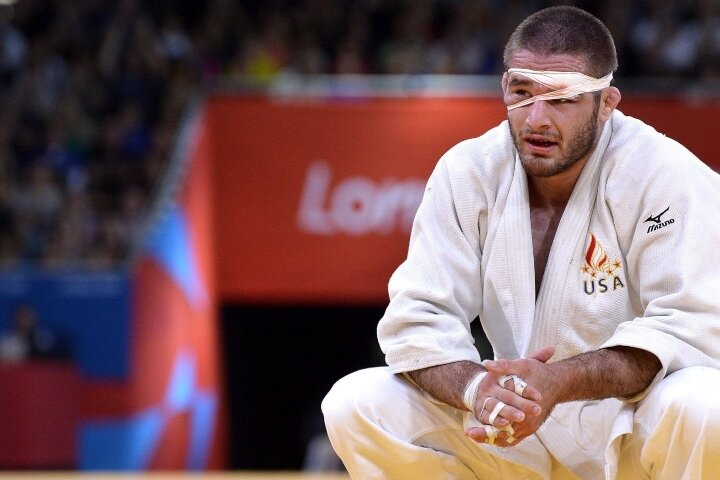 It’s normal to experience self-doubt as you train and compete in grappling. However, how you handle and overcome self-doubt is extremely important; as it could make or break the rest of your journey.
Here’s what Travis Stevens – a 2016 Olympic silver medalist in Judo and BJJ black belt under John Danaher – has to say about overcoming it:

I wouldn’t necessarily say that I experience self-doubt after losses… I mean, I have, after 2012 when I lost at the Olympics – I have experienced a lot of self doubt [back then]. Because, when going to the Olympics, you believe that you’re the best, you believe that you’re going to perform your best.
And then when you don’t, you really start questioning whether you ever will. If you’ll ever reach that potential. And I had to do a lot of work to overcome a lot of that, in order to get ready for the 2016 run that I had.

Stevens experienced more frustration than self-doubt in the past:

I experienced a lot of frustration with losses, because I know what I’m supposed to do in order to win. But I’m not necessarily doing those things; be it because of my ego, because of the way that the matches were playing out… I just got tunnel vision that I want to do certain things.
Sometimes guys would frustrate me a little bit in the matches and I was like: “You know what? I’m just gonna smash this guy.” So, I’d stop transitioning, I’d stop newaza, I’d stop gripping… All tactics go out the window.

He also mentions that some losses you simply can’t do anything about:

But there’s also the other side of losses… Because some losses are just comical. They’re like: “I can’t even be upset that this sh*t happened.
I remember fighting for a bronze medal at the Russian Grand Slam one year. And I was fighting a Russian and I just laid him out with this standing Seoi… I thought it was ippon. And the guy called ippon. Then they waived it down to yuko… And then I threw him again; beautiful standing Uchi Mata.

And they called another yuko! I was like: “You’ve got to be kidding me!” I’ve thrown this guy twice, I thought it was gonna be ippon. I got really frustrated, [so with] 30 seconds to go, I tried to go after him because I had to throw him – and the Russian threw me for an ippon. I lost. But I wasn’t even upset.

Why wasn’t he upset? Because he understood that the biggest goal – in his case, the Olympics – are much more important than an occasional loss here and there:

You’ve got to take them [losses] as they come. You don’t want them to hold too much weight. You want to remember what the real goal is. And the real goal is always going to be the Olympics, winning an Olympic gold medal… Becoming the best in the world, standing on top of the Olympic podium.
And the rest of the tournaments are just training. They don’t make or break us… Nobody remembers them 8 years from now; we all remember the Olympic games. Who won and who performed.

In case you already haven’t, make sure to check out BJJEE’s conversation with Travis Stevens as well.