Travis Stevens On Dealing with Constant Injuries Through Mental Strength 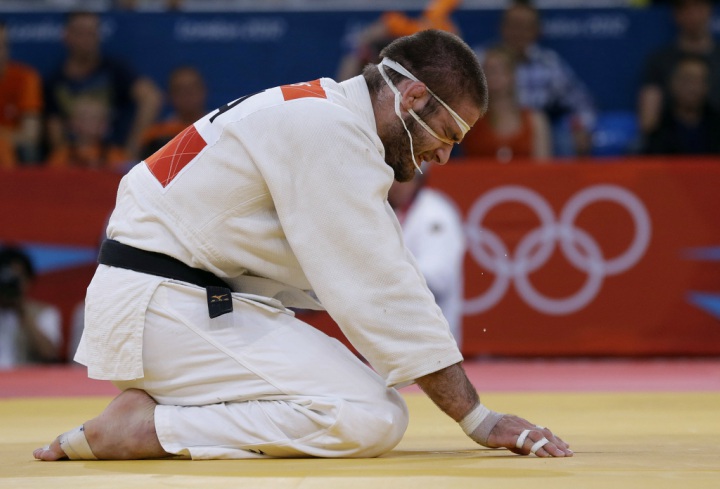 Dealing with injuries is something almost all athletes struggle with. I spent most of my career injured or in pain!

I’ve personally suffered from multiple injuries that caused me to reevaluate how I do judo and have been forced to change! What really determines if you’re injured or not though in the grand scheme of things it’s not the doctors, your coaches, or your parents it’s YOU!
Most people will let fatigue, exhaustion, and or being out of shape take them out before they ever deal with any kind of real pain caused by a minor or serious injury. Chronic pain from a bad lower back, jacked up fingers, bad knees, bad ankles, or things liked bruised ribs can set you back. But you will see most people opt out of training way before this, or most will play up an injury to make seem a 1000x’s worse then it really is.

Judo Olympic silver medalist Travis Stevens doesn’t mess around when it comes to injuries. He overcomes them with his mental strength. He shared his thoughts on social media:

When I had my leg cut open 10 months before the games the doctor said I may not be fighting then I won a silver medal! When I tore two tendons in my thumb I went to the hospital doctor told me it needed a cast.

I told the doctor as long as it can be removed you can put it on. The next day I flew to Japan trained at Tokai University for 2 weeks and never missed a session or willing sat a round. 1 week after I won a gold medal at the Pan Am Games!

When it comes to winning and losing I have no crutches, I have no excuses, I have only myself to blame. I control my own destiny no one else. I don’t allow others to influence my choices in my life I control if I choose to listen to advice people give or ignore it!

I have personally always followed this saying throughout my career “If I can breath, if I can walk, I can fight, if I can fight, I can win!” I never let anything get in my way of achieving my goals!

To me there are only three areas an athlete can live in. On one end you have healthy and ready on the other you have my injury is so bad doing anything will make it worse ruining my quality of life.

Then there the middle ground were athletes feel sore, tired, and “injured” among other things. My grey area is very thin like piece of hair thin. I’m either fine or injured to the point were my quality of life is in question there is almost no middle ground.