Travis Stevens: “Learning How To Win Is More Than Just Learning Technique” 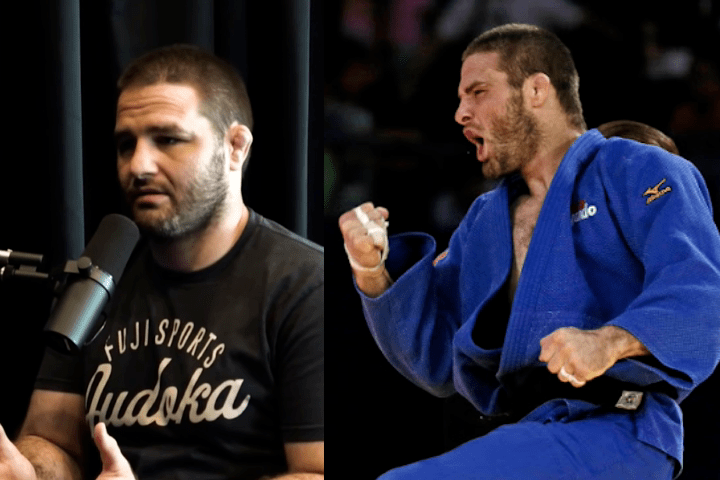 Travis Stevens is an Olympic silver medalist Judoka and also a BJJ black belt under John Danaher – which he earned after just 18 months of training! Needless to say, Stevens is an absolute maestro when it comes to grappling; and his advice is mind-blowing.
But here’s the thing… Stevens doesn’t attribute his wins only to the skill in technique he acquired over the years. Rather, he attributes it more to knowing how to win.

In a recent episode of the Lex Fridman Podcast, he went on to explain what he means by emphasizing it as one of the most important lessons he learned from his coach, Jimmy Pedro:

The real strength to Jimmy was that he knows how to win. Most people think: “Well, if I get really good at this technique, I will be able to throw people with it and then win.”
But that is not how the world of sports works.

I remember, in one of my Youtube videos, I was breaking down the match from a Cuban Grand Prix, where I was fighting a Mongolian guy… He was kicking the sh*t out of me.
Not gonna lie. Four minutes in, he was just throwing me left and right. He was just so fast that I felt like I couldn’t get to him. But in the last 30 seconds, he changed – he started protecting his lead, instead of continuing the fight in the way that the entire match was going into his favor. He made a mental shift, and when he made it – I beat him.

Watch Stevens explain how to win, as well as the power of visualization, on the video below: