Travis Stevens: “I’d Never Give You An Opportunity To Tap” 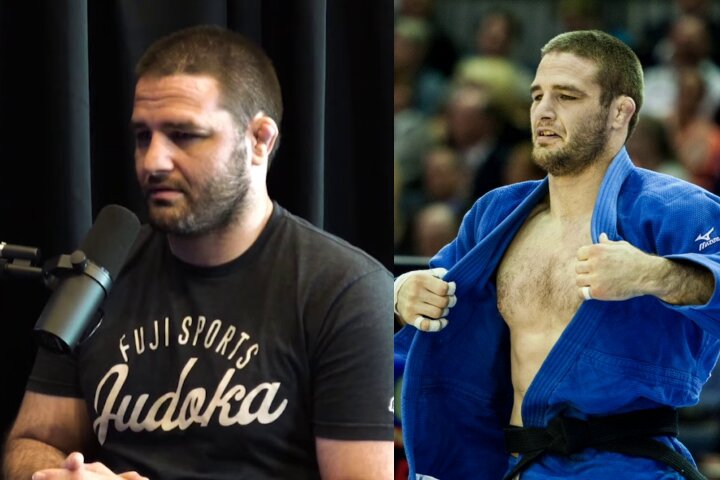 Travis Stevens – a 2016 Olympic Silver Medalist in Judo and BJJ Black Belt under John Danaher (a feat he accomplished after just 18 months of training BJJ) – joined the Lex Fridman Podcast for an interview about various topics; Brazilian Jiu-Jitsu and Judo themes being the majority of them.
Stevens explains his mindset going into BJJ and Judo matches alike – and why he’d never give an opponent an opportunity to tap.

When asked by Lex if he sometimes goes at around 50% effort during his training in Jiu-Jitsu, Travis answers:

It’s hard to put a percentage to it. Because, I’ve never – in my Jiu-Jitsu – I’ve never gone a 100%. Like, I’ve had a conversation with Saulo (Ribeiro) one time when we were talking about Jiu-Jitsu and training. And I was like: “Well, if I caught his (the opponent’s) arm, I’d just break it.” And Saulo said: “What if he tapped?” And I go: “That’s not my responsibility. If he taps, and the ref doesn’t say anything, you just break it. You just keep going. The ref tells me when it’s over.”

With his BJJ mindset explained, Travis goes on to elaborate his Judo approach:

Check out the interview here: