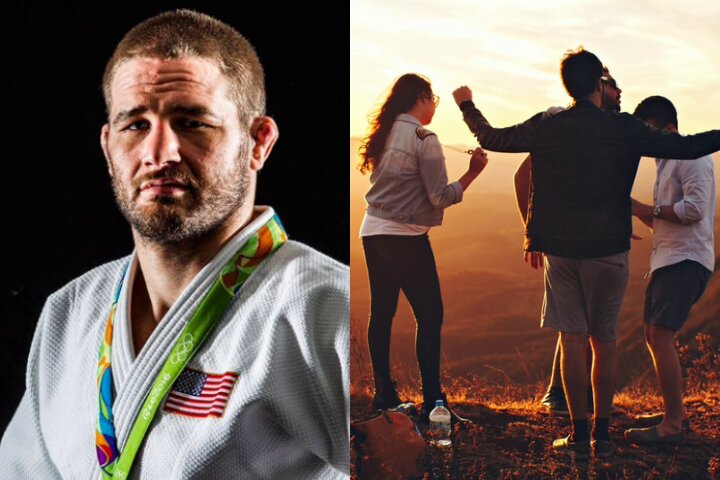 Travis Stevens is an Olympic silver medalist Judoka, as well as a BJJ black belt under John Danaher. His focus, determination, mental and physical endurance are just some of the things that make him stand out from the rest. In short: he’s a successful athlete that young people should listen to for advice.
In a recent episode of the Lex Fridman podcast, Stevens talked many things; his advice for young people included.

This is what he had to say:

I think that the number one thing I can tell people – and (at the same time) how I’ve lived my life is: you’ve really got to forget everybody in your life right now.
Your mother, your father, your grandparents, your girlfriend, your boyfriend… Whoever it is. And really decide, like: what is going to make you happy?

And I think that a lot of people struggle with living their life where they’re happy; and (instead) they make other people happy or take in their feelings in consideration of what they need to do in their life.
And I think that, if they can cut through those strings sooner, it’ll allow you to get over it quicker. And to a happier place sooner.

As long as you’re focusing on what’s making you happy… The things you do that make you happy will attract other people who do those things; that will, in turn, build stronger and better relationships.