Travis Stevens Explains Why He Won’t Be Transitioning To MMA 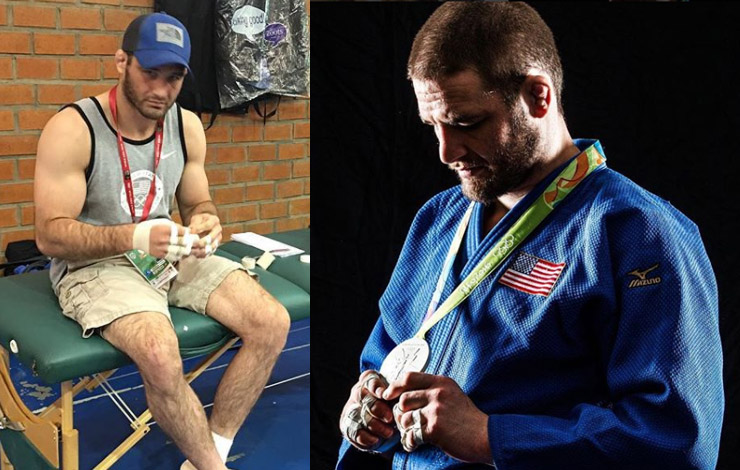 In his third Olympics, Travis Stevens achieved what no other male American did, get a silver. The fifth seeded Stevens, won his first three matches during the preliminary rounds of the men’s 81kg tournament. During two of these matches the Judo and BJJ black belt was able to defeat his opponents with his superior ground game

However this doesn’t mean he’ll be taking the popular route and transitioning to MMA. Stevens is currently enjoying doing grappling and various business endeavors:

My body has been through a lot over the years. Just the year before the 2016 Olympic Games, I suffered a massive concussion, dislocated SI Joint, bacterial infection in my leg (almost causing it to be cut off), and a dislocated thumb.

I finally have the ability after winning my Olympic Medal to be FREE of pain and for the most part, healthy! Honestly, I’m enjoying the new challenges in my life and having new goals that don’t require me to wake up in pain every day. Sometimes I miss fighting and the thrill of competing but it quickly goes away after 2 live rounds with my students. I’m embracing the new challenges life has for me and my body is thankful for it as well as the team of people I keep around me.

Here’s how he explained the rationale in his fuji blog:

When I break down the numbers for MMA it just doesn’t seem worth the risk. If I get paid $100k to fight (win or lose, best case scenario) let’s say I’m lucky and I get another $50k in sponsorship. Here’s how I see the math (quickly):

Let’s say I agree to fight in two years my first fight, I would have to learn boxing, kickboxing, wrestling. I’ll let you know how I know to do all three because I have trained them before, but they are not where they need to be by any measure to step into a cage with anybody. So we sign a three fight deal where I make the same $150k every time. That’s a total of $270k over my contract that I would assume takes four years to finish. Two years of training and two years of fighting. That means $270k over the span of four years means I make a salary of $67,500 a year.