Travis Stevens: “After A Concussion I couldn’t Walk in a Straight Line, Remember What I Ate or Day Of The Week” 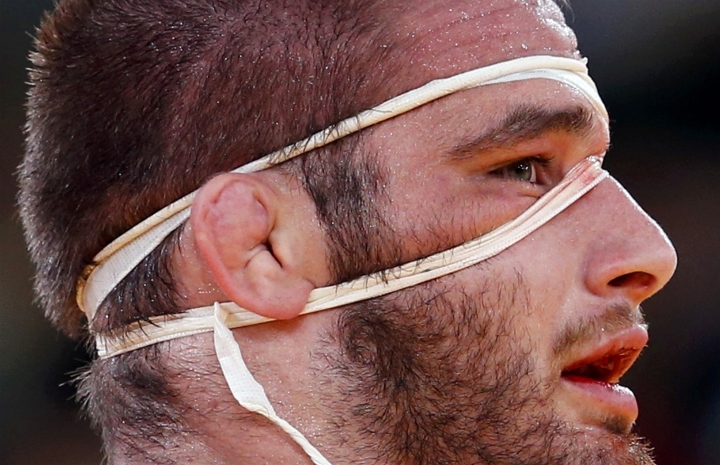 While some question how happy a silver medal makes a man, Travis Stevens is over the moon with his. After all to get that far he overcame a staggering amount of injuries including a number of disc herniations and a concussion.

Some players are unhappy when they get a silver medal but you seemed genuinely happy with your Olympic silver and you said in an interview that to you, it’s as good as gold. What did you mean by that?

Leading up to Rio, I had broken my thumb, dislocated my sacroiliac joint, almost lost my leg due to infection, and had a massive concussion – all within 15 months before the Olympic Games. Forget about winning, forget about taking a medal; there was a good chance I might not be able to go. After my concussion I couldn’t walk in a straight line, remember what I had to eat or even the day of the week. I couldn’t get in and out of my car unassisted. The amount of pain and struggle I went through in order to prepare my body and mind for the 2016 Olympic Games is not something I would wish on my enemies. So that fact that I was able to mentally keep it together, stick to the plan and pull it off – to me that was a gold medal performance.

What are the major injuries you’ve had in your career so far?

Broken a total of 12 Ribs

Broken all of my fingers

Bacterial infection in the right knee

Still Stevens tried his best to keep to a schedule – he trains a staggering 5x a day when he’s prepping for a competition. His schedule looks like this:

Miss training with @eddie_wolverine and the rest of the guys!

And in fact it was an injury that got Stevens into bjj in the first place:

I did it because I had to. Six months before the 2012 London Olympic Games I broke my foot. I couldn’t stand on my feet so I had to figure out a way to train and I figured with BJJ, I could sit on my butt and still train. I had a lot of fun training doing BJJ so I kept with it even after my foot healed. Judo will always be my first passion in life when it comes to sports. That’s why I went to three Olympic Games for judo. But if it wasn’t for BJJ and the competitiveness that it offers in the US, I don’t think I would have had the same level of success in judo. There isn’t a whole lot of judo in the US and American judo athletes are not really competitive at the world stage. There are a few of us who are – Kayla and I are examples – because we have put in the time and dedication to training at the highest levels. But as a country, we are not feared or respected in judo. People don’t go, “Oh no, I drew USA in the first round” like they do when they get drawn against Japan, Russia, France or Brazil, for example. If you are in a country where the judo is not all that competitive, it’s important to cross train so you can learn how to handle stress in a match and win. That’s why I did BJJ.

Back escapes from today’s nogi class