Trapped Their Arm? Take Them Down With The “Billy Waist Lock” 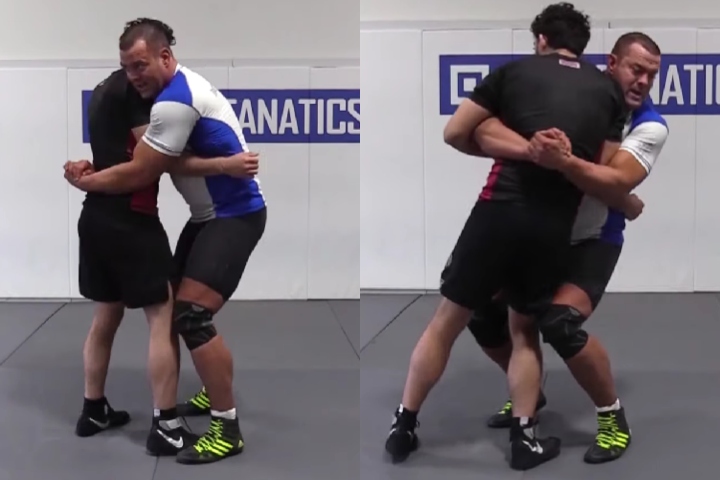 Not all takedowns and throws are made equal. And that’s not just because of how “high percentage” they are, but also because of how you go about setting them up. For example, whenever you can set up a takedown in which you trap one of the opponent’s limbs against their body, you can be pretty sure that you’ll have a much easier time taking them down.
In the case when you manage to trap their arm next to their ribcage (in a sort of a “bear hug” manner), you can go for the “Billy Waist Lock” takedown. Here’s how, as explained by Harry Smith.

First of all, you have to understand that you really won’t be “throwing” anyone with this setup… You’ll actually, more or less, simply bring them down to the mat – no explosiveness is required for this setup.
Namely, when you have your hands clasped together around the opponent’s arm and waist, you’ll need to step your leg next to their leg; in such a manner that your knee passes their own.

Once here, you’ll simply “shift” your entire bodyweight (and the opponent together with yourself) to the side on which you’ve stepped towards. Make sure that your hands stay clasped together throughout the entire movement, so as to get the opponent to the mats efficiently.
Watch how to do the Billy Waist Lock in more detail on the video below: