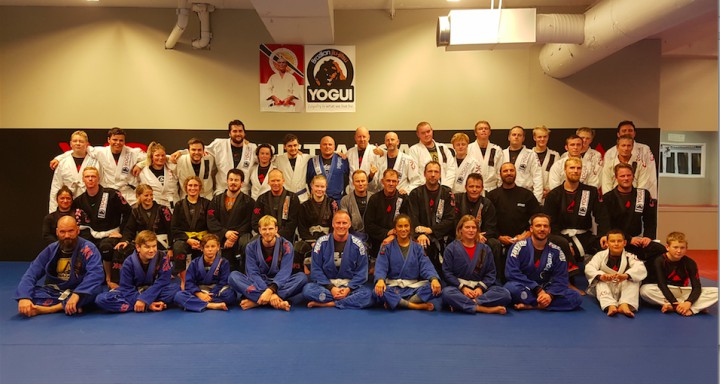 Hi everyone! My name is Colin Leigh and I am a Canadian living abroad in Riga, Latvia. I am a newly appointed blue belt under Vladislavs Čerņavskis, training at LEWC- Giudici BJJ in Riga. I have been training since the 1st of September, 2015, train 4 – 5 times a week and I’m 48 years old!

I travel all the time with work and find myself in many different cities around the world. When I travel now, I take my kit bag with me and find an academy to train at in the city I am visiting. It has become a bit of a ritual now and I have met so many wonderful people!! The BJJ community is one of the most open and friendly groups I have ever experienced!

What I plan to do in this article is write about my experiences with the academies I visit, the profs and instructors and to help create an awareness of the BJJ community as a whole. It is also nice to get the word out there about the academies for anyone that decides to visit the cities that I write about in this blog. I hope you enjoy what I write and any feedback is always welcome.

So, this is my first blog in a while and I must apologize for the delay. A little while back I had the misfortune to tear my ACL and I had to step back a bit and ensure that I did the correct amount of rehab before risking further injury. Now I am back and ready to rock and roll! 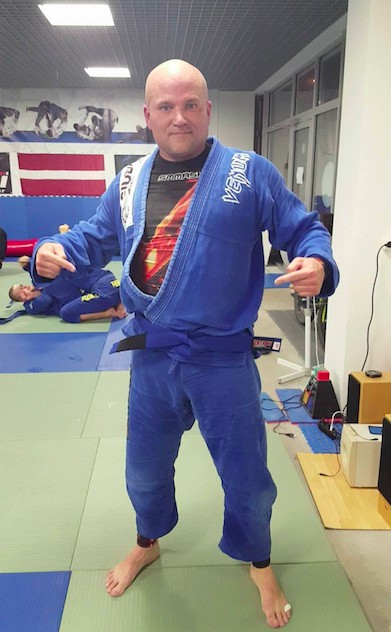 Last week, I traveled to Kristiansand, Norway on business. Kristiansand is the largest city located between Oslo and Stavanger and the 5th largest in Norway. Kristiansand is located on Norway’s southern coast and has long been a favourite summer holiday spot amongst Norwegians. The sea and surrounding fjords are perfect for recreational activities like fishing and sailing and is the business and cultural capital of Southern Norway. Nicknamed “the coolest riviera” by the media, it is a modern city with a cosmopolitan history and was named after its founder King Christian IV in 1641.

This wasn’t my first time in beautiful Kristiansand, but it has been years since my last trip. Before leaving, I of course consulted with my friends on the BJJ Globetrotter’s Facebook group and found an academy that sounded very open to visitors and had the right training schedule that fit my timeline. A friend of mine gave me the name of Richard Haye, one of the instructors at Kristiansand Kampsport Senter.

I contacted him on Facebook and was and was warmly invited to come train. I asked Richard the best way to get to his academy from my hotel and he told me he would look after it. I was wondering what he meant by that until he invited me to join their Facebook page. I noticed right away that he posted a request for someone to collect me from my hotel to bring me there!! Within minutes, I had a new friend called Atle Grønås reaching out to me telling me he would be my guide for the evening! I was just blown away already over the hospitality I was experiencing…I couldn’t wait to get there and train with these people!

As usual, I stayed at a Scandic hotel but it was the venue for the IT conference I was participating in, so I was not able to choose based on proximity to the academy. In saying that, I was picked up right at the front door by my host and taken directly to the academy. Amazing start!

We arrived at the academy about 30 minutes early as agreed. I was told that there was an “open mat” concept for warming up before the class began and I was very much into that idea due to my recent knee injury.

The changing facilities were pretty normal, clean and spacious but as there were many other sports going on there, we had to take our bags with us to the hall, just to be safe.

I proceeded to change and make my way to the tatami. It was a really large and hall and there were already a bunch of people warming up and I have to say, what happened next shocked me. One after another, everyone that was there before me came up to me, shook my hand and sparked up a conversation including the coach Richard. It was by far, the most impressive display of friendliness I have ever experienced…a very, very nice bunch of people. One of the unique aspects about all of the people I met that night, were the number of older guys training there…by old I mean around my age. That gave me a very good feeling about this club for some reason.

Richard started the class by lining us all up and shouting a “Hello Colin” to me prompting the whole class to do the same…a really nice personal touch. Then we started the warm-ups which consisted of the usual shrimps and butt scoots up and down the long hall. Then we were asked to do “front shrimps” …now THAT was a first for me and I felt like a complete noob. We had some youths in the class and they were rocking past me like I was standing still. Needless to say, I got through them but it took me a while. 😊

After the warm up we were told to grab a partner and went into the techniques. The focus was from closed guard that day and I was delighted. For the last year in my academy, that is all we have done so it was like second nature. Or so I thought. The first move was a Kimura from bottom and I performed it the way I was taught, but I always struggled with this move against people much stronger than me. The variation Richard showed us was instead of rolling back to my back, to instead shrimp out a bit to the kimura side and create some distance and POOF, my mind was blown at how easy it was to submit like this.

We drilled some more variations of kimura from failed bump sweep and transition to arm bar from failed kimura but all in all, I felt really good performing these moves. Richard was ever present through the whole process and very open to questions and requests to repeat the moves.

Once the drills were done, we were told to group in 3’s and prepare for specific fights. Now, I have never fought in 3’s so had no idea what to expect but I was game! When we started we just had to rotate partners and fight for one and a half minute rounds. The aim was either sweep, submit or pass depending on the position you were in. Being 3 people made it pretty intense and a few times I caught myself holding my breath for one and a half minutes.

Once class was over, we took the customary photo and I ended up staying and chatting for a while after, making new lifelong friends. Once I changed, there was Atle sitting in the café waiting for me to take me back to my hotel!
All in all, it was an amazing experience where I met some of the most open and friendly people ever. Richard is an excellent teacher with a high level of attention to detail and a pleasure to train with
If you are ever in Kristiansand, Norway I highly recommend visiting the Kristiansand Kampsport Senter for a great training session and a fabulous personal experience!

Stay tuned for my next article where I write about my visit to Combat Society in Helsinki, Finland!