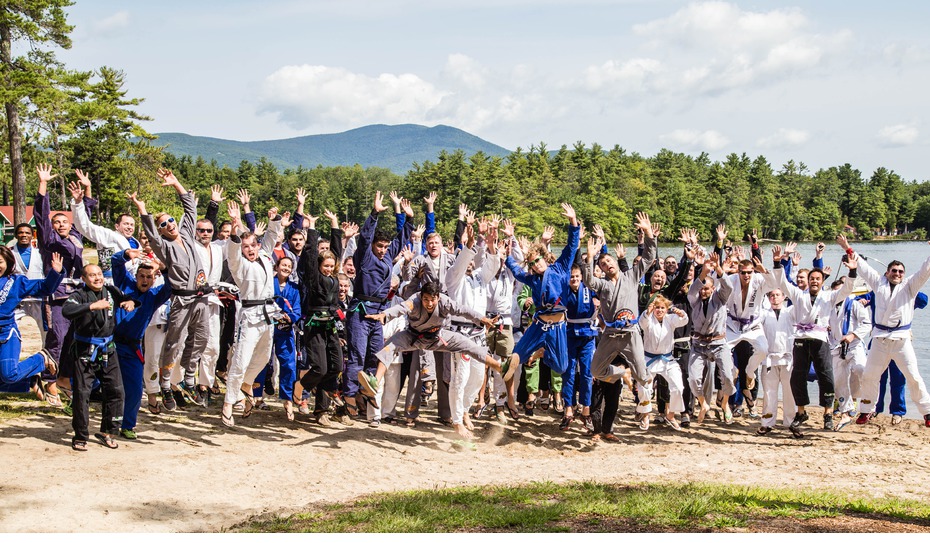 Brazilian Jiu Jitsu Globetrotters have been growing rapidly over the last few years. Starting out as a small affiliation of Jiu Jitsu practitioners who had trouble signing up for IBJJF competitions due to issues with politics, it is now turning into a world wide community of Jiu Jitsu travelers, a gi brand, couchsurfing service and one of the most active organizers of exotic training camps around the world. The founder is Christian Graugart, a black belt from Copenhagen, Denmark also known for being the author of “The BJJ Globetrotter”.

Here is a report on their USA Summer Camp which was held in New Hampshire.

I had been to some of the previous camps in Denmark and had met up with the Globetrotters in Lisbon for the Europeans, therefore I knew what to expect. It’s Europe after all. However, I didn’t really know what to expect from doing the camp in New Hampshire, away from the conveniences of civilization, away from the usual partying that we do after the camps which is easily made available by the abundance of nightlife in most European cities. Also, although the philosophy of the BJJ Globetrotters has begun to spread in the US, it’s still a concept relatively in its infancy for the American crowd so I was a bit nervous. 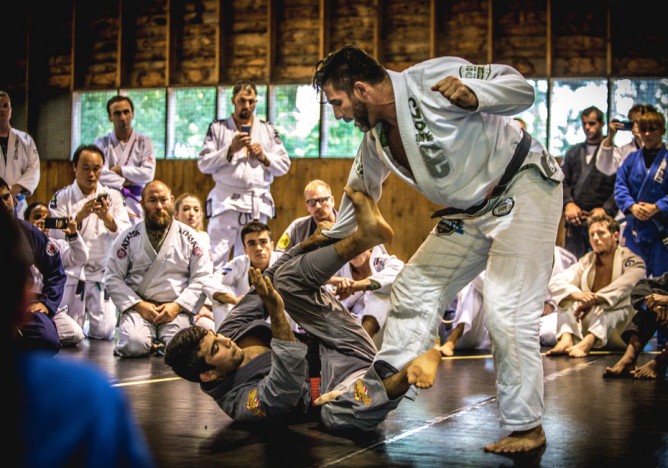 When we arrived at Camp Winaukee, New Hampshire which is right on the edge of the beautiful Lake Winnipesaukee, I knew this camp was going to be unique. Our cabins were right on the beach and waking up to a gorgeous view of the sun setting on the lake was priceless. We were so far away from everything that it just didn’t make much sense to leave the camp. The nearest store was about a 30 minute drive. Consequently, we all ran into each other so frequently and got the chance to really get to know each other better. The WiFi was so poor that no one walked around with their phones to constantly check their newsfeeds and were actually socializing. Alcohol was not allowed due to the presence of other young campers, therefore we all depended on each other for entertainment rather than the usual beer and vodka. 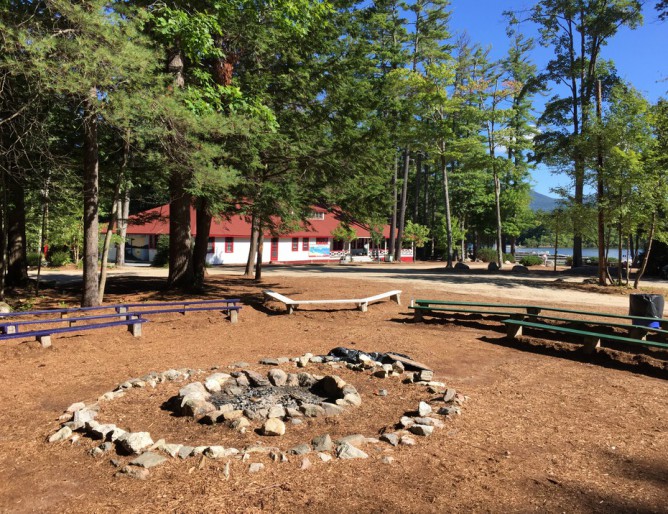 Factoring out all the usual luxuries of our normal lives, we were able to enjoy things like kayaking, wake boarding, swimming to a beautiful view of the sun setting on the lake, and even hitching a ride on our one and only golf cart seemed like so much fun. The nightly bonfires, smores, and impromptu mini guitar concert from one talented camper were some of the highlights of each day. This was indeed the perfect place to do this camp. It was a very organic experience that came from the simplest things. 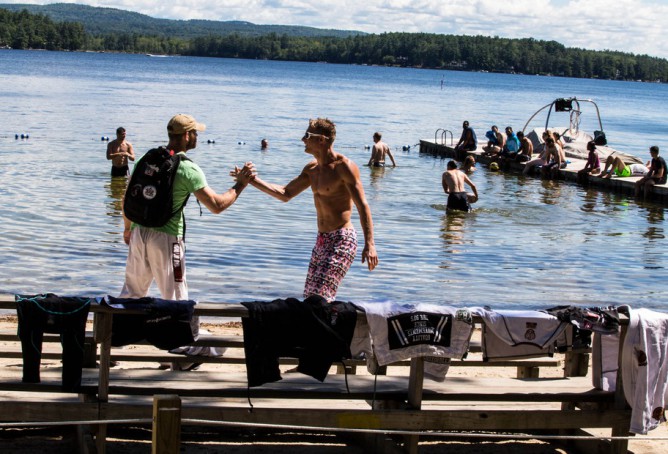 Christian had asked me to assist him in running the camp and I couldn’t be in a much better position because I got to meet every single person who attended the camp since they had to check in with me. With every single person arriving at the camp, I could sense they were initially reserved, shy, nervous, unsure of what to expect, or maybe a combination of all of those. As the camp progressed, everyone began to open up and it was amazing to see how 100+ people are now suddenly becoming new friends, potential best friends and new training partners. By the end of the camp, all I could hear from everyone is how amazing the experience has been, how much knowledge they have gained from the non stop, high caliber training from every instructor, and how sad they are that the camp has now concluded!