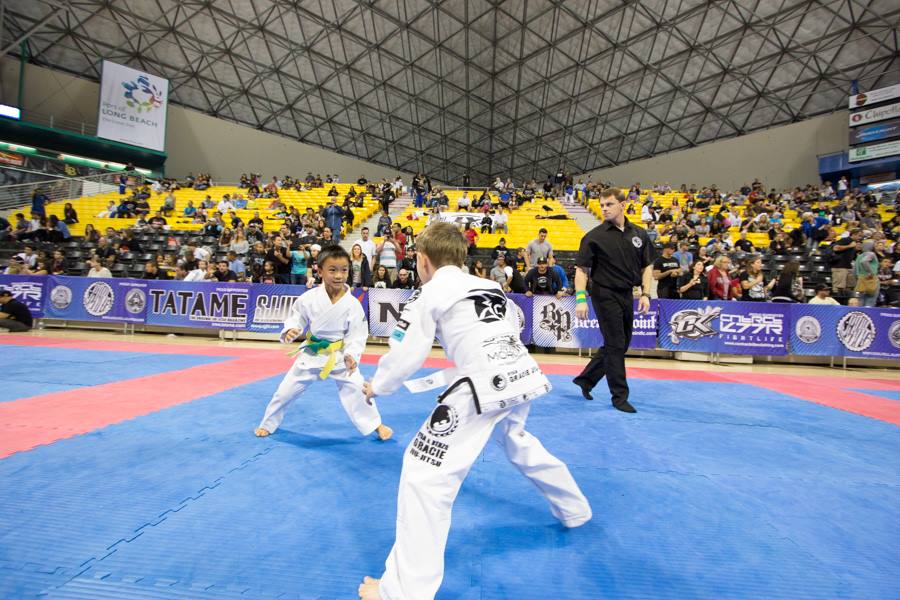 On November 9th, 2014 the SJJIF (Sport Jiu-Jitsu International Federation) hosted the largest Brazilian Jiu Jitsu Kids event, The SJJIF Words!  Over 1,000 kids came together to compete under the bright lights of the Long Beach Pyramid for the World Champion Jiu Jitsu title.  With over 3,000 spectators and 200 Teams you could feel the energy vibrate in the room as they cheered on their little ones!  It was a huge event and as usual the SJJIF managed to get the kids divisions running on schedule and giving everyone a fair match.  This year’s teams competed to earn the SJJIF Tournament Team Performance Award and to claim The SJJIF Team of The Year Award. 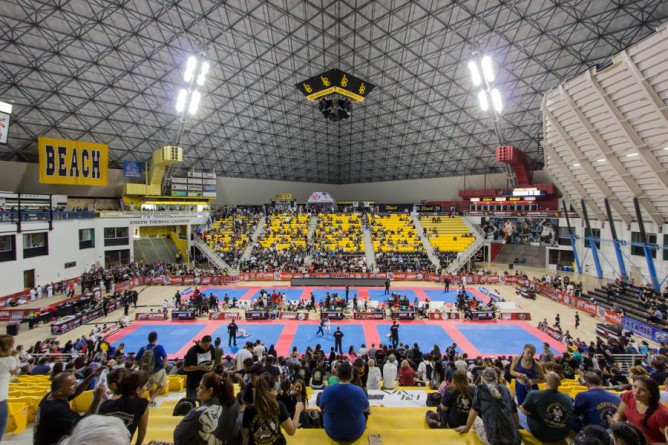 The SSJJIF Adults World event will be on the 21st and 22nd and there are already over 1000 competitors with over 60 black belts.  See below the article to post and you can also check this link for the confirmed black belts: http://www.nabjjf.com/index.php/component/content/article/41-tournament/tournaments/152-2014-worlds-blackbelts

This year’s tournament kids winners were: 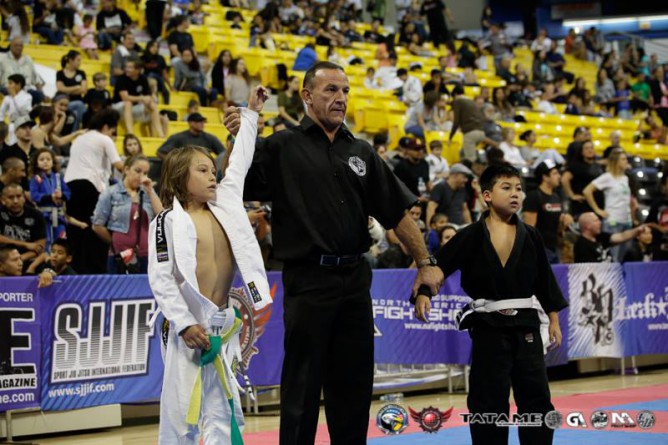 Team of The Year Award is based on of all the points accumulated from the SJJIF affiliated tournaments in Asia, South America, Europe, and North America. This year Kids Team of the Year Awards were:

For pictures and updates visit the Facebook https://www.facebook.com/pages/North-American-Brazilian-Jiu-Jitsu-Federation/135256323241833?ref=hl or https://www.facebook.com/SportJiuJitsuInternationalFederation?ref=hl  and to sign up for the SJJIF Worlds juvenile to seniors on November 22nd & 23rd at the Long Beach Pyramid go tohttp://www.nabjjf.com/