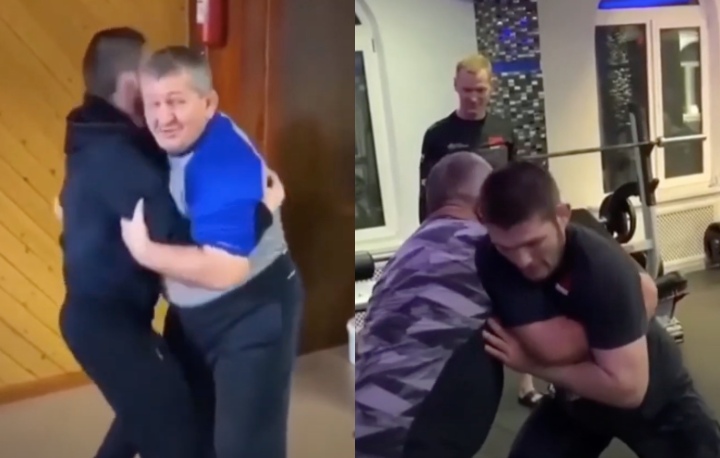 He promised mother that he would not longer fight without his late father Abdulmanap by his side.

Take a look back at some instances where Khabib Nurmagomedov’s father, friend and coach Abdulmanap wrestled with his son: