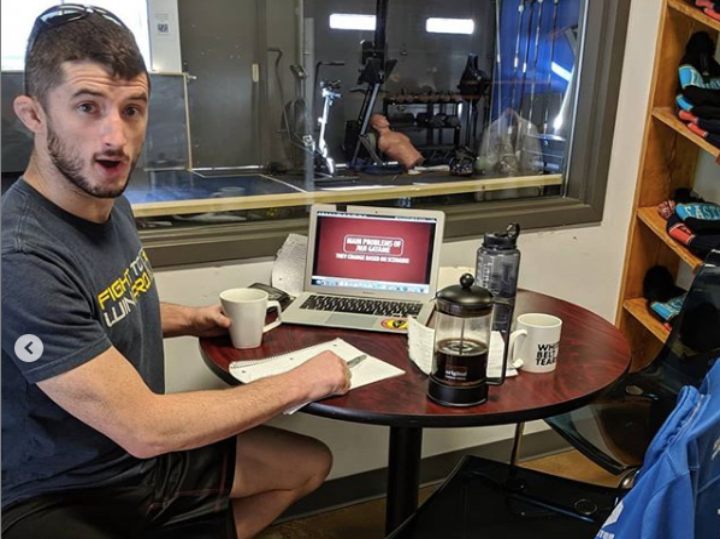 If you are an up and coming competitor, you might come to believe that putting in more training sessions and more live rolls is the way to develop your skill level. And it makes sense, right?
Well, perhaps; but it’s not set in stone. On the 31st episode of the Alberto Crane Show, John Combs – a BJJ black belt and one of the top ranking jiujiteiros of Colorado’s Easton Training Centre – explains why he believes that it’s important to invest more time into studying BJJ instead.

OH, SO MANY INSTRUCTIONALS!

The primary reason why you should spend more time studying, John explains, is because of the sheer amount of knowledge at your disposal. The number of instructionals that are available today is something which simply didn’t exist nearly as much beforehand, and it gives today’s grapplers a great advantage!
He says that this holds true both for the instructional videos on Youtube, as well as for those which are placed on the BJJ Fanatics webite; like the John Danaher and Garry Tonon ones. John points out that, in other words, there are limitless knowledge sources for getting more in-depth with Jiu Jitsu… Knowledge, which leads to your better understanding of what to do and when to do it.

YOU NEED TO STUDY AND KNOW EXACTLY WHAT YOU NEED TO DO… WAY BEFORE THE MATCH STARTS!

Truly understanding what you need to do when rolling in training or in competition is something which is very important, John elaborates.
That’s why, in his opinion, it’s necessary to approach the study of BJJ instructionals in the same way one might approach studying things for college: with an aim of getting all of that knowledge „inside your head“… So that, when you find yourself 9 to 10 minutes into a match, you’ll know exactly what you need to do – which will grant you a great advantage over your opponent!

Simply said, John advises up and coming grapplers to invest more time into developing the cerebral side of their BJJ game. And yes, of course; the ’90s hardcore approach to intense training is awesome. But, if you do it too much, you’ll probably burn out.
And it’s not only about being burned out from training; but, as previously mentioned, it’s also about being able to do what you’re supposed to do in a match. If you haven’t grasped a full understanding of what you’re supposed to do before the match, if it isn’t a part of your subconsciousness by then… You most likely won’t be able to remember the „right thing“ once it’s time to perform.

So, what is something specific that you can do in order to efficiently study BJJ? Just listening in classes and drilling a specific technique isn’t really enough for him, John explains, so he writes stuff down.
He writes notes, organizes them and then develops questions from those notes; questions which challenge him to reproduce the correct information. For example, he asks himself: „You’re on top and trying to pin somebody. What are the steps you need to do?“

This sort of an approach helps him prepare for the scenarios which he might encounter in competition – because he has practiced „pulling out“ the right information, he’ll be much more likely to do so correctly in competition as well!
And, even though there are a LOT of possible scenarios, there still are some which are more important than others, ones which you need to know how to respond to. For example – how do you escape the Back Mount?

Listen to more of John’s point of view on the video below: 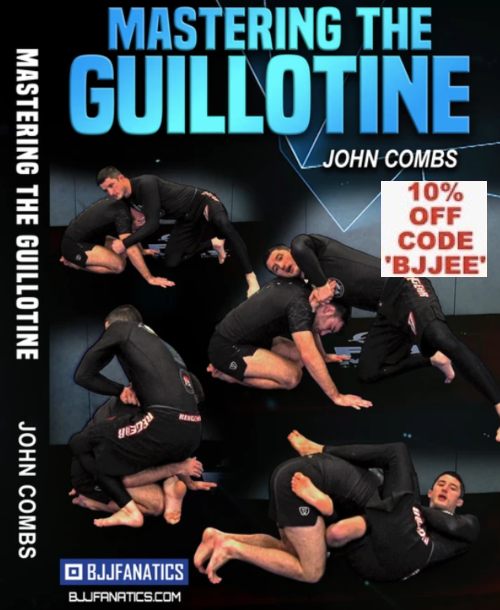