Top 10 Mistakes That Everybody Makes in BJJ 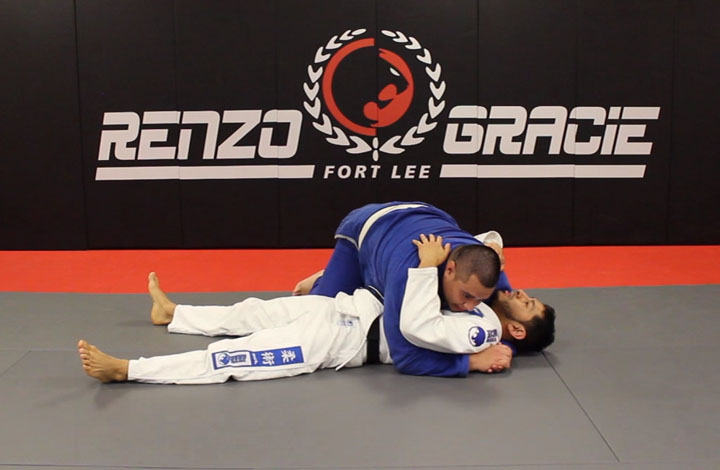 Starting a demanding sport like Brazilian jiu-jitsu is very difficult. Regardless of talent, most of us have been guilty of making some of these mistakes, some even repeatedly! This is why we’ve compiled the Top 10 mistakes every jiujitero makes along their way:

A very joyous occasion in every white belt’s life is taking the back (whether given or justly deserved). But all the enthusiasm in the world isn’t enough to erase a lifetime of watching RNC be executed wrong in movies and video games and as such you’ll often see people cross the ankles in front of the opponent or plainly put a hand on top of their head instead of behind (in order to make the choke tighter).

If you find yourself inefficient from this position you might want to check out this video where Eddie Bravo talks about the routine that helped him drastically increase his RNC finish rate which he initially estimated at about 20%.

Bridge and Roll Mount Escape will often be between the first few techniques you learn. This is a position many beginners get stuck in, but the primary reason for that is using the buck strength vs actually utilizing the technique. Much too often, the mounted person fails to move their head during the bridging motion and self sabotage the whole thing.

8. Attacking In A Predetermined Way

Jiu-Jitsu is all about the flow. If the opponent knows what you have in store they will have an easy time defending 99 times out of a 100. This is why high level grappling is so amazing to watch, every move has a counter move!

Avoid shoe-boxing yourself. Common mistakes of this type are from beginners who go for cross chokes before even trying to pass half guard, going all in for the armbar or insisting on a arm triangle all the way from half guard.

You should have all of your tools sharpened before deciding on a favorite, and even then it’s always good to have an elaborate plan. Often you will hear people comparing belt levels in this exact way – a clear way to separate yourself from the whitebelt pack is designing a mind map, The more branches the map has the more likely you will be to submit your opponent at any given time!

7. Holding onto Failed Submissions for Too Long

The treasure chest of techniques is never ending, however you need to be aware of the limitations of your choice. For instance, if you go for a guillotine but you don’t set it up properly so the top person passes into side control, that’s a good moment to let it go and re-group. Think of it as the “don’t wound the king” saying. While you holding on might be a little bit uncomfortable, you will never get a finish and you’d have lost your position and the room to maneuver.

Story goes similarly for most other submissions, if you try for a sub and the opponent defends it’s a good time to start master-planning your next attack as opposed to being dedicated to squeezing hard by any means necessary.

Triangle choke is one of those things you need to develop a feeling for in the beginning. However a definite no-no and frequent mistake is failing to collect the trapped arm and position it across your body. It makes the world of difference and in process it allows you a backup armbar option.

In the beginning, you’re bound to be very frustrated from time to time. This has a devastating psychological effect as you will often be tempted to just give up and let the opponent pass or you won’t be assertive enough in keeping your dominance. One concept that could make the world of difference is Sticky Hooks.

When you’re in neutral you should never give up on advantages that allow you to shoehorn your opponent, this means in an open guard type situations always using your feet to manage the distance – keep feet glued to the inside of their thigh, under knees, on bicep at all times. Figure out what position works best for you but don’t make it easy on your opponent- ever! 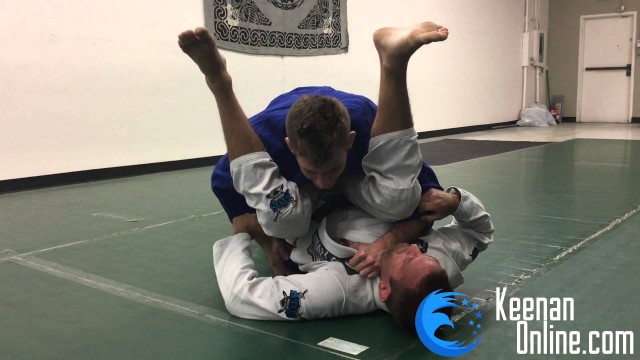 Dominant Grips are not pseudo science, if you can hand fight for grip priority you will enable yourself to escape from many bad positions before they are even set up. Don’t just let the opponent do what they want. Always fight to assert your dominance.

For great gripping fundamentals check out this video by Keenan Cornlius.

The image above was recently drawn by Chris Haueter – one of the original dirty dozen on a wall of a gym he visited. It reads:

3. When On Bottom, Have a Guard – You Shall Not Pass

5. Learn The Rules So You can Break Them”

Jiu-Jitsu is all about ground work, but being great and dangerous from your back takes practice, time and repetition. In order for your game to work you have to focus on being dominant on people of similar stature and skill level so you should definitely follow the rules, at least to a degree!

The great Bruce Lee said it best, a belt is just a scrap holding your gi tied. Don’t focus on outside validation, take comfort in learning from your mistakes and being able to defeat the you of yesterday.

If you focus on praise outside of yourself the desire to do the work for yourself will vane. Think of it as giving your kid a reward every time they do their homework – the kid will focus on the reward and will consider the knowledge itself as a less of a gain every time.

An instructor constantly learns from his students so why wouldn’t you learn from your peers? A senior rank in the room can definitely provide you insight on most things jiu-jitsu but learning from example will stay with you for quite a while longer.

Respect your training partners, regardless of their strength, weight, gender or career. Rich backgrounds of your training partners will make you the best possible version of yourself you can be because you will be able to anticipate and respond to a variety of responses. Sometimes they’ll fail but other times you will – there should be no room for gloating.

And don’t fear the tap or escaping submissions. Branching out of your comfort zone will make you a rounded player and while enable you to open and build in a variety of options into your game plan so don’t fear getting constantly finished on the way.

Take Jeff Glover as an example. He’s one of the best escape artists out there and he doesn’t blink before getting in a bad position – this is all because he’s learned from his mistakes and undoubtedly got caught a million different times along the way before making it to this top level he’s on now.