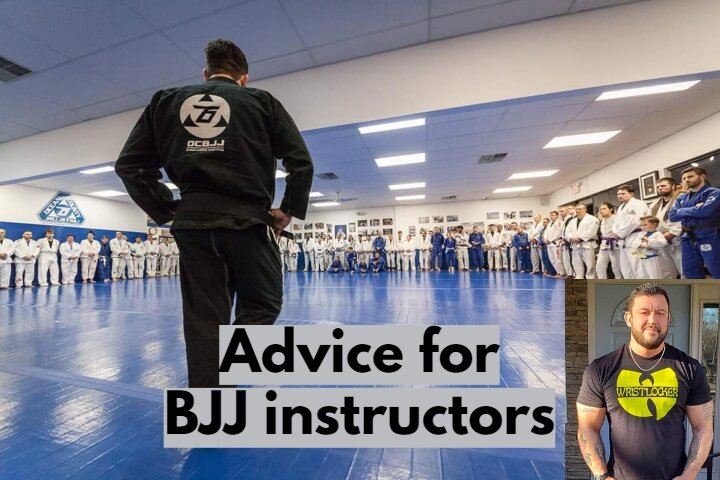 BJJ instructors don’t have it easy. They have to take care of the training curriculum, of class itself, of how students perform in training and in competition… As well as if they’re happy, that they don’t get injured and – especially if the instructor is also the academy owner – they have to worry about bringing in and retaining enough new students so that the bills get payed.

Tom DeBlass, a well-recognized BJJ coach and owner of Ocean County Brazilian Jiu Jitsu, shared some of his advice for ambitious BJJ instructors:

I think Jiu-Jitsu instructors need to understand that everyone who comes through your doors need equal attention. They have to have their needs met; some want to be part of something, some want to lose weight and some will want to compete.

You have to create an environment that is welcoming to all shapes, sizes, race, genders. That’s my biggest thing with Jiu-Jitsu academies; you have to be welcoming and give equal attention to people at all stages.

Tom DeBlass knows what he is talking about, as he devoted his whole life to BJJ. Back in the day, he also did MMA, but then opted to be a BJJ coach and athlete:

For me, I love Jiu-Jitsu far more than I did MMA. I fought MMA because my coach (Ricardo) and his coach (Renzo) fought it. I was young enough to do it and had the talent to do it, there’s less trash talk.
There tends to be a lighter feel as you get on well with your opponent, even in situations when you lose you keep a healthy relationship.

I felt like I could touch more people through Jiu-Jitsu than I could MMA and after I had my daughter I just didn’t want to hurt anyone anymore. I just wanted to coach Jiu-Jitsu and train in Jiu-Jitsu.