Tom DeBlass: “It Really Grinds My Gears When Dudes Don’t Know How To Train Properly With Females” 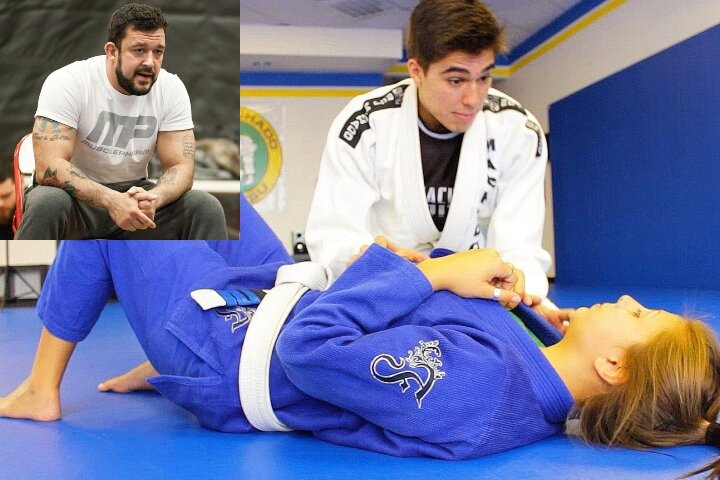 Brazilian Jiu-Jitsu is for everyone. For young and old, male and female, injured and not-injured-just-yet… It’s a fantastic martial art. But, it still requires you to learn how to handle yourself against sparring partners.
For instance, if you’re a man and you’re using too much or too little force while rolling against females – that isn’t good neither for you nor for them.

Tom DeBlass shared his frustration with men who don’t know how to roll with females. He mentions one of his top female athletes, Jaidyn Mueller, as an example:

It really grinds my fckin gears when dudes don’t know how to train properly with females.

Truth is, many guys need to use 100% effort to to keep up with Jaidyn Mueller. You will often hear me say (to men I trust or I’m confident she can hold her own against): “Treat her like a man! You aren’t doing her favors by holding back.”
The thing is, she is at a technical and athletic level to keep up.

In some cases, of course, you shouldn’t be going all-out against your female training partners. But just laying there and doing nothing is disrespectful:

In other cases, when most men try to match a woman technically [and] realize they can’t, they just lay on top of the woman and use 100% of their man strength. It’s truly not conducive to anyone.

Men need to understand [that] they can have amazing training with women. Try to match their speed and use technique.
There is 10000% a time to use strength when training, but it’s not against a female you outweigh by 50lbs.