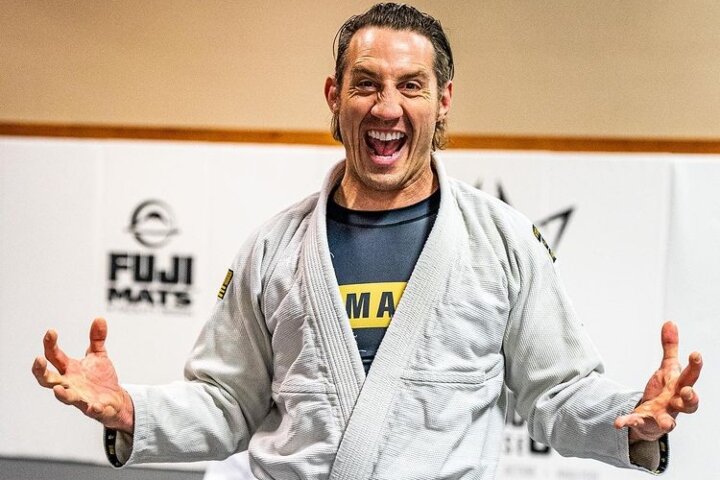 Tim Kennedy is what most people would call a “true savage”. He is a BJJ black belt, a Strikeforce and UFC veteran; but also a Green Beret and Special Forces Ranger. He is known as a person who lives his life to the limits and is appreciated by many well-known individuals, including John Danaher.
Here’s what Danaher had to say about Kennedy:

It is very difficult in this life of ours to master even one skill – Tim Kennedy is a master of many.

I watch him routinely spar against elite current MMA fighters and easily hold his own even in retirement. Then he’ll do a Jiu-Jitsu class and give hell to top grapplers. Then he will head out to a gun range and easily put five rounds into a ten inch circle at a thousand meters day or night, in any weather conditions, then he will teach handguns, knife defense.
After all this he will quietly slip down to the Texas border and battle cartel human traffickers all night in night vision goggles. And the truly incredible things is that next day when I come to the gym, he’ll be there before me doing some crazy workout that would flat line me in three minutes and then do another MMA sparring session with no problems!

Tim Kennedy is fully involved into Brazilian Jiu-Jitsu, mind and body. But he is scared that BJJ will experience what taekwondo experienced back in time.
He explained what he means in an interview for Jiu-Jitsu Style:

I just like Jiu-Jitsu. REAL Jiu-Jitsu. It scares me that we have to make a distinction between real Jiu-Jitsu and sport Jiu-Jitsu, which I guess is kind of the talking point.

Look at taekwondo in the 60s – that’s a scary ass thing. You’d see spinning kick KOs, the stuff we love in the UFC, in the 60s with taekwondo.
Fast forward to now, with Olympic taekwondo, and you can’t watch ten seconds without trying to tear your eyeballs out. That’s the abomination of what sport can do to a beautiful martial art.

He criticizes what sport Jiu-Jitsu is doing to the Gentle Art:

You go back to when Royce Gracie was beating guys who weighed 200lbs more than him; grabbing their hair, pulling them down into his guard and rendering them unconscious. Or Rorion on the streets of Brazil, taking on two or three thugs at one time. These guys were notorious and built the allure of Jiu-Jitsu.

Fast forward 20 years and guys do the nerdiest things in sport Jiu-Jitsu. I mean, b*tch, come out here and try to give that a roll – see if that works.
That’s what scares me: I don’t want what happened to taekwondo to happen to Jiu-Jitsu.