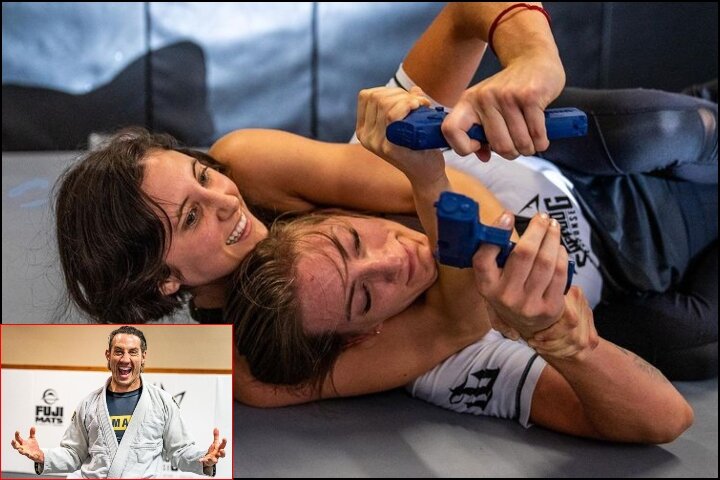 Tim Kennedy is a BJJ black belt and UFC veteran, as well as a Green Beret and Special Forces Ranger. He’s also the owner of the Sheepdog Response company, which provides “civilians, law enforcement and military personnel with the skills necessary to confront the ‘wolf’ [bad people]”.
As such, Tim is vocal about encouraging people to train BJJ. Especially women, who he believes need to be trained in self-defense:

Every 68 seconds an American woman is sexually assaulted (statistics by FBI.gov and RAIN.org).
So what does that mean? Even if you don’t go looking for danger, danger will eventually find you. And when it does find you, will you be prepared?

This is why it is so important for you (woman) to get self-defense training.

However, he also believes that the physical component of self-defense training isn’t the most important one. Rather, the most vital one is situational awareness:

And self-defense doesn’t start with the first shove, punch or kick, it starts when you perceive danger.

You are better at this, then I will ever be. I have never walked out of a grocery store, worried about someone attacking me. You have done this your entire life. Learning to trust that instinct and having the confidence to do the right thing is so empowering.
This is called Situational Awareness. Arguably the most important component in self-defense.

So, not only will you gain situational awareness but self-defense training will also give you confidence, empowerment, reduce dependency, health and fitness, and you’ll become part of a community.