Tie Your Belt Properly – In Jiu Jitsu, Everything Makes The Difference 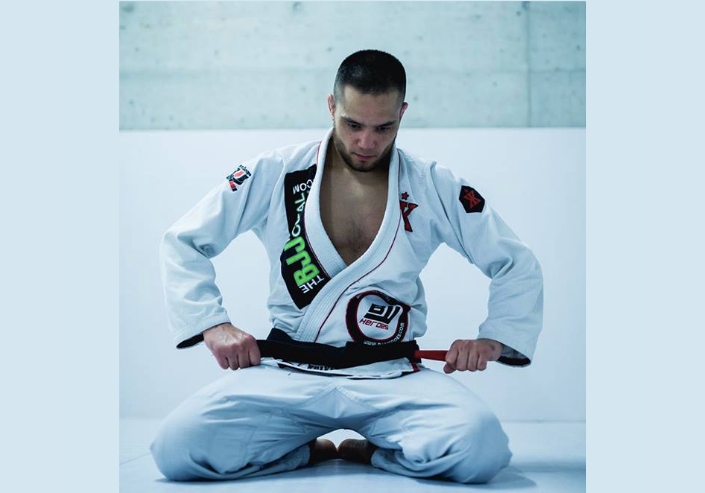 For real, though… Is the way you tie your belt really so important? Why can’t you just tie it into whichever knot you wish to, and get going with your training? Well, the type of a knot you make is kind of irrelevant (as long as it’s a sturdy one), but the way the belt is tied is much more important than you think it is.
You see, it’s the details that make all the difference in Brazilian Jiu Jitsu. And tying your belt properly is the first detail you need to get right.

People are creatures of habit. You know it from experience; fall asleep two or three times too late, and the fourth time becomes easy. After a couple more times, sleeping in late becomes as easy as it can get – hand in hand with your lack of wakefulness and clarity throughout the day… Which carries over to other areas of your life, impacting them profoundly.
That is to say, if you want to change – either positively or negatively – a bigger portion of your lifestyle, you don’t need to change it all over the place. You just need to change its most important components. The ones which carry over your habits into everything else.

And, truth be told, it’s often the case that the tiniest, most simple of things, carry over to the biggest and most important ones. How you do one thing is how you’ll, most likely, do everything else. It’s for this reason precisely that the way you tie your belt is so important.

If you can’t tie your belt properly… In such a way that it keeps your Gi in place fairly consistently, then how are you supposed to expect from yourself to commit to the technique properly? If you aren’t „dedicated“ to doing something as simple as re-tying your belt after one round ends, and before the second one begins… How will you get around to picking yourself up after a loss in competition?

You see, „tying your belt“ isn’t just about, well, tying your belt. It depicts your dedication to the details that will very well carry over to other areas of your Jiu Jitsu training and competition. You’ve got to be as committed to tying it as you’d be committed to anything else on your BJJ journey – and vice versa.
In other words, try not to take anything for granted in Brazilian Jiu Jitsu. Not the way you tie your belt, not the seemingly unimportant details that your instructor is trying to convey to you during technique demonstration, and most certainly not your hygiene before training.

Every thing, every detail, and everything that you do in BJJ is equally important; and every single one of these things can make a difference in Jiu Jitsu.

HOW TO APPLY THIS?

If you’re asking yourself: „Well geez, all of this makes sense, but how do I apply it? Just tie my belt?“ Then… You’re not really getting it.

Sure, you’re supposed to start tying your belt with vigor and dedication. But the point is that you should start paying attention to the things you haven’t been paying proper attention to beforehand. Everyone has these details in their BJJ game that they’re, willingly or unwillingly, ignoring in one way or another. Therefore, make it a point to continuously improve your focus on as many of these things as possible, with each week of training that passes by.

That way, both your belt knot and submissions will look crispier on the competition footage.

Travis Stevens U.S.A Judo Olympian and Olympic silver medalist went through all the BJJ Belts under John Danaher in 18 Months! He was promoted in 2013. He Held the rank of Brown For a Year and competed at Copa Podio, BJJ expo tournament. White-Blue in weeks. Then blue-purple in a month then purple-brown in a few months!