Throwback: “The Korean Zombie” Pulls Off The First TWISTER In UFC History 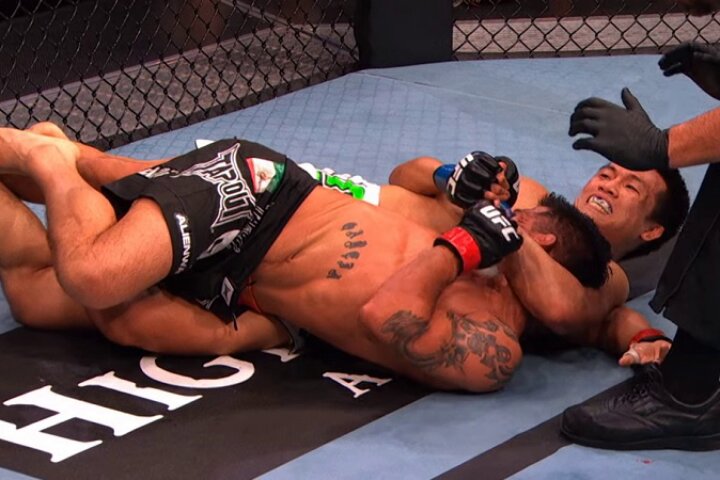 Brazilian Jiu-Jitsu is a magnificent martial art. Its positions, guard passes, defenses and escapes, takedowns, and – above all – submissions… Are simply mesmerizing to watch and pull off. However, some of the techniques are notoriously difficult to execute. Not (only) because they’re complicated to set up, but also because there simply aren’t as many opportunities for doing them as there are for other ones.
For example – the notorious Twister technique.

Popularized by Eddie Bravo himself – the inventor of 10th Planet Jiu-Jitsu – the Twister is considered to be the ultimate submission from the Truck position.
The first time you look at it, it may appear that this submission consists out of pulling the opponent’s head and of clamping down on one of his legs. However, the exceptionality of this technique runs deeper than that. What’s more, there are several key details to establishing control along the way to finishing the Twister.

If you want to learn how to set it up, then feel free to head on over to this article.

THE “KOREAN ZOMBIE” GETS IT DONE

Now, not a lot of athletes have managed to pull off this technique successfully; not just in Jiu-Jitsu, but in MMA matches as well. But it has been done, most notably by Chan Sung Jung – “The Korean Zombie”!

The Korean Zombie (16-6) secured the first ever Twister submission in the UFC history way back in March 2011, against Leonard Garcia at UFC Fight Night 24.
On this Saturday, June 19, Jung will headline the UFC Vegas 29 event against Dan Ige, in a fight that carries many implications for the Featherweight Division.

Take a look at The Korean Zombie’s Twister finish… And tell us, what do you think: will he be able to pull it off successfully again this Saturday?