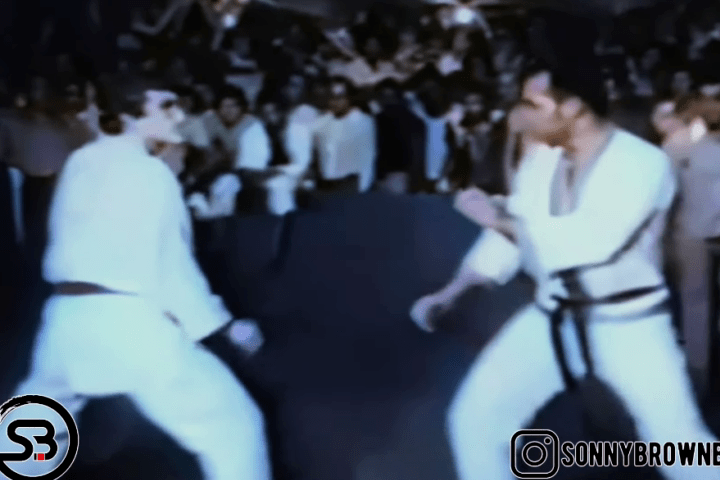 Jiu-Jitsu works. Not just when it comes to training in your academy nor just when it comes to the competitions you went to… But in both cases and against other martial arts as well! You simply have to know what to do and when to do it.
Don’t believe us? Then believe history! Here’s a throwback to the year of 1975; to a classic match between the Gracie Jiu-Jitsu and Karate teams.

After the Grandmaster Helio Gracie’s challenge fights in the 1940s and the 1950s, as well as after Carlson Gracie defeated Valdemar Santana, nobody challenged the Gracie family until 1975.
That year, a group of five Karate athletes decided to challenge the Gracie’s – in order to show which martial art is the best one. Upon being called by Helio Gracie, Grandmaster Relson – alongside with his brothers Rolls, Rorion and other Gracie Jiu-Jitsu students – accepted the challenge.

As you can see in the video, the fights didn’t take place on the mat, but on tile. Why? Well, because the karate athletes didn’t think the fight would go down to the ground!
And that’s an important lesson. If you’re a BJJ practitioner and going against someone who’s well versed in the striking arts, then you should aim to do what every Gracie student did on the video… Close the distance as quickly as possible and take the fight to the canvas.