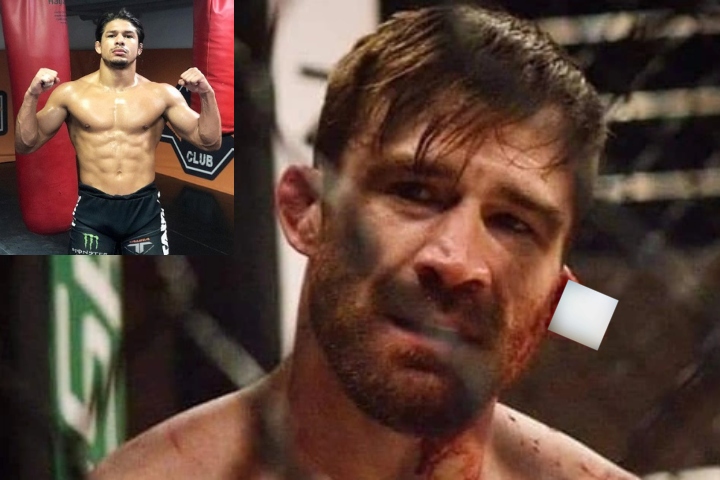 Injuries happen all the time in combat sports, especially in submission grappling and mixed martial arts. So, it’s no wonder when a fighter gets injured during a fight… But when they almost get their ear ripped off, that’s when even the most seasoned of veterans start turning heads away.

Well, that’s exactly what happened back in 2020, at a Taura MMA interim bantamweight championship match; Ary Farias faced  Johnny Campbell in Rio de Janeiro, Brazil.
As a two-time BJJ world champion, Farias took Campbell’s back very early in the match. Then, he landed a huge elbow to the side of his head – which completely destroyed his opponent’s left ear.

The referee saw the damage and immediately stopped the fight, making Farias the interim champion.
Watch the injury take place on the video below:

“[Ary Farias] was telling us a story about how he split a guy’s ear in Brazilian fights” pic.twitter.com/ndidnmkuUz

As gruesome as this ear injury looks like, it isn’t that unexpected in the mixed martial arts world. A lot of fighters who have cauliflower ears – ears filled with blood – are susceptible to these sorts of injuries; to their ears splitting after a hard kick, punch, or strike.