Three Easy Ways To Maintain Back Control In BJJ 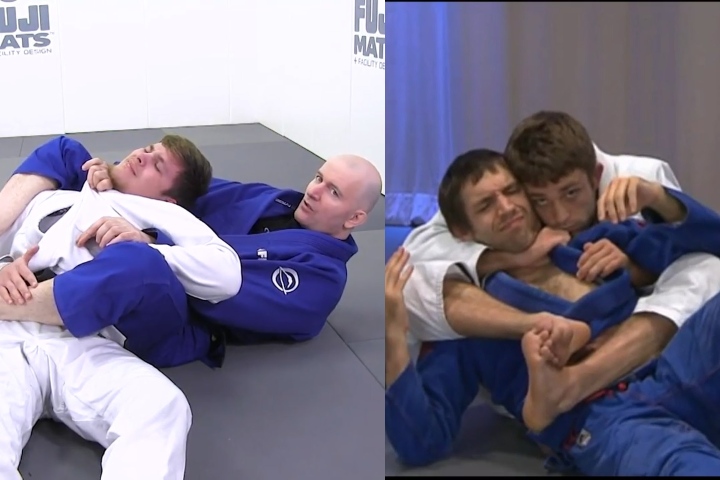 The back is there to be taken! It’s no coincidence that taking someone’s back is regarded as the most powerful position to have in Brazilian Jiu Jitsu; it’s where you can pose a LOT of danger to your opponents. So, you give your best to take it you and succeed in doing so… But what if, after that, you struggle with maintaining back control? What if, after all that struggle, your opponent manages to escape?

Here are three things you can do to minimize the chances of that happening, with Chad „The Beast“ Hardy.

Chad bases his escape counters on the most basic and, likely, the most effective way of escaping the back – the one where your opponent will seek to clear the hook on the side you’re laying at by stepping over it with their leg; and then by crossing over your leg with their hip.
As a starting point, make sure that you have the seatbelt grip, for it will play an important role in the maintenance of your back control.

Now, in this instance, Chad explains that it’s very important for you to feel that your opponent is starting to clear the hook. For, the moment you feel them doing this, you need to post your leg wide; the leg which they’re escaping over. Widen it out and place pressure through it.
You may think that this is counterproductive – after all, won’t this make your opponent’s job easier, since you’ve taken your hook off for them?

It won’t. The reason you’re doing this is so that you can immediately push through this foot and, with the help of your seatbelt grip, pull them towards the opposite side. Since you already have a hook on this side, you’ll maintain control; and then you’ll be able to reset your second hook in, successfully maintaining back control.
Also, pay attention that Chad resets his grip to a figure-four one. This will make the „pulling“ portion of the technique even easier.

But what if you failed to feel and anticipate the opponent’s escape attempt, and now they’ve cleared your hook completely; thus leaving you unable to post the leg wide?

No problem. Chad demonstrates that you need to use the figure-four grip in this case, so as to push into your opponent (into the direction they’re escaping towards), creating a lot of pressure, and flare him out. This way, the opponent will end up on his side, which is exactly where you want them.
To finish this back control technique, you now simply have to pull the opponent towards you, ending up on the other side once more; and establish your hook yet again. As simple as that!

MAINTAIN BACK CONTROL BY LETTING GO OF IT FIRST

However, real problems could arise once your opponent clears both their leg and their hip. When they manage to do this, you are in real trouble because there’s a high probability that their escape will succeed. But worry not. There’s a solution for every problem, and that is true in this case as well.

The key here is to let go of the back control for a bit first. The mistake many Jiujiteiros make is that they try to hold on – this is a mistake.
What Chad shows that you’re supposed to do is Hip Escape and then go towards your opponent, pulling them into you. From there, the ordeal is quite simple yet again; step over them, pull them to the other side and get your second hook in.

Watch Chad demonstrate this below: