Three Brazilian Jiu Jitsu Learning Styles – Which One Are You? 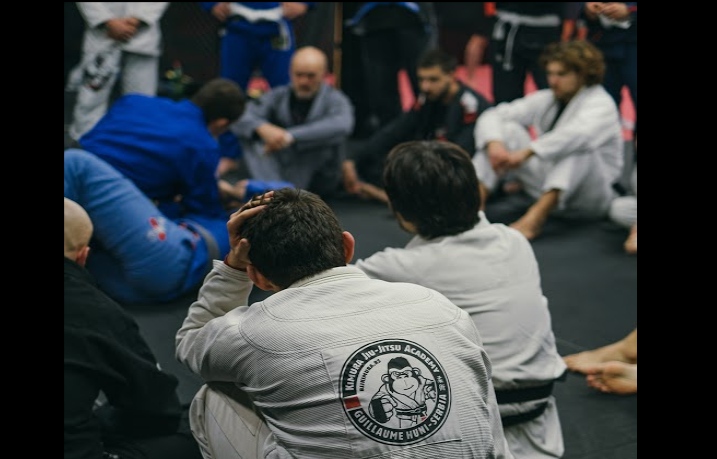 Everyone learns Brazilian Jiu Jitsu differently and at a different pace. For, in the end of ends, every Jiujiteiro is unique; with his/her own strengths, weaknesses, likes and dislikes. However, just because everyone is different doesn’t mean that they don’t have some commonalities… Which are so common, that you can put them into a group – into a style in and of its own!
In that effect, here are the three learning styles in BJJ. Which one do you belong to?

If you belong to this learning style, well, you were probably already pretty athletic when you first started training Jiu Jitsu! The BJJ practitioners that are a part of this style are, generally, strong and athletic from the first classes onwards. So, they rest a big part of their skill set onto that athleticism; and this serves them well! At least in the beginning, that is.
For, if an athlete is on the same playing field in regards to technique with someone who’s started out at the same time as he did – and neither of them have had adequate time to learn and hone even the most basic of techniques and setups – who do you think will win during a roll? The more or the less athletic guy?

The techniques these Jiujiteiros pick will be the ones which best play into their, well, strength. They, more often than not, won’t search for more technically advanced setups; as their athletic ability will serve them well both in training and in competition.
However, this advantage can last only for so long. As time in training progresses, so the athletic ability stops playing such an important role; the equilibrium is achieved through mat time experience and technique, which can – when combined – outsmart and slow down any athletic ability.

The Jiujiteiros who have the „nerdy“ style of Jiu Jitsu, more often than not, are the ones who’ve started out training with less success than their athlete counterparts. These are the BJJ practitioners that have, one way or another, heard about Jiu Jitsu and found it interesting mainly because of the complexity part of it, not due to the „exercise“ one.

That is, „nerds“ surely do find the combat part of Jiu Jitsu appealing as well; but it’s not about the physical prowess within it that interests them. It’s the puzzles that BJJ has within itself. It’s the question of: „Oh wow, this technique looks so cool! How can I learn it… And the details that make it happen?“
The nerd learning style of Brazilian Jiu Jitsu is the one primarily driven by the thirst for technique proficiency.

And so, while the people with this learning style won’t reach as much success as those who are focused on their athleticism (in the end of ends, it’s easier to use the predisposed strength and endurance, rather than put in the effort to figure out the more complex techniques into detail) – they’ll learn much more with time… And so they’ll be able to neutralize the athlete’s strength, overpassing them in the process!

So, which one’s better: the nerd or the athlete learning style for Jiu Jitsu? As you’ve probably guessed, the right answer is „neither“; it’s best to become a mix of these.
You’re going to begin by being one or the other, and that’s fine. What you need to do, however, as the hours on the mats accumulate, is become more technique-details oriented if you’re an „athlete“ to begin with; and start using your physical prowess more if you’ve started out as a „nerd“.