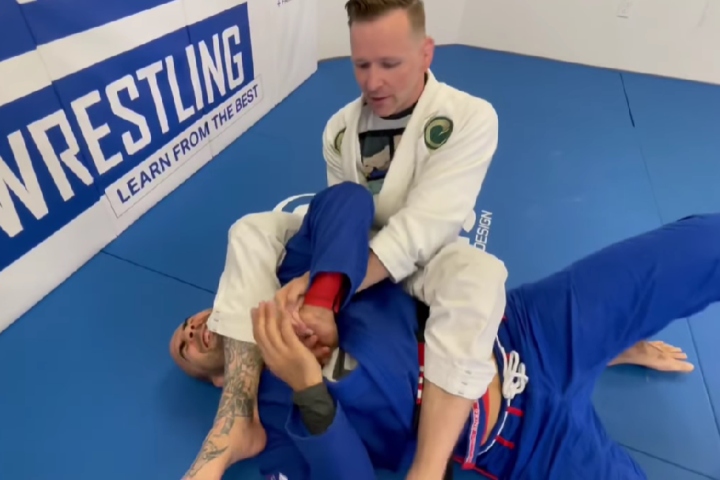 The Wrist Lock is an incredibly sneaky and versatile submission. It can be set up from just about anywhere, without your opponents expecting it; and it can also be used as a threat – something that will make your opponents panic and open up space for additional attacks.
With that in mind, here is an unexpected Wrist Lock setup from the back. No one will see it coming.

UNEXPECTED WRIST LOCK FROM THE BACK

With your seatbelt grip in place, you’ll use the controlling arm (one that’s underneath the opponent’s armpit) to grab and control the opponent’s hand. Grip it at the fleshy part between their fingers and wrist; and then turn it towards yourself (like you would when revving an engine of a motorcycle).
This, alone, is a great control grip that will make it difficult for the opponent to do much in sense of defense.

From there, you need to clear their head and transition to the Armbar position. However, you won’t be going for an Armbar! Instead, what you’ll do is that you’ll use your second arm to go underneath the arm you’re controlling, and then grip their palm as well.
All that is left to do now is to pull and twist their hand towards their armpit – and you’ll get a superb Wrist Lock tap.

Watch how to do it in detail, on the video below: