This Unexpected Rear Naked Choke Setup Works Like A Charm 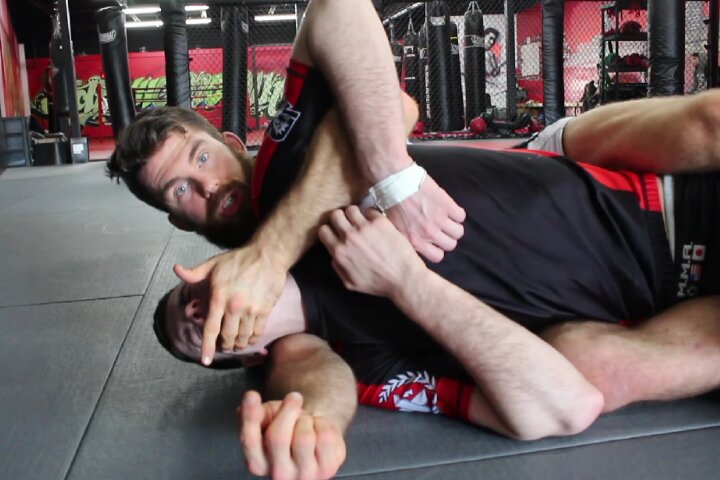 Taking the back in Brazilian Jiu-Jitsu is already difficult enough… But getting the Rear Naked Choke setup from there can be even tougher, as your opponents fight for survival. Simply said: they aren’t letting you get your arm underneath their chin anytime soon.
In those moments, you need to get crafty. For example, by switching up your hooks position and by “hiding” your choking arm!

You know how you’re supposed to insert both hooks when you take the back? Well, in this setup you’ll begone with that. Instead of both hooks in, only one will remain there; whereas the second hook will go behind the opponent’s leg. That second leg will be “kicking out” while the first leg “curls into” your opponent.
What this does is that immobilizes your opponent’s ability to move their hips efficiently.

From there, Chewy explains that you’ll prop yourself up on the elbow of the Rear Naked Choke arm. This’ll hide the arm in question and make it impossible for your opponent to grip-fight it.
Then, use your second hand to open up their chin. Once you accomplish that, you’ll be able to shoot through your choking arm deep and get the submission.

Chewy explains this setup (as well as gives some secret details for it) on the video below: