This Triangle Choke Setup From The Back Is Super Tight 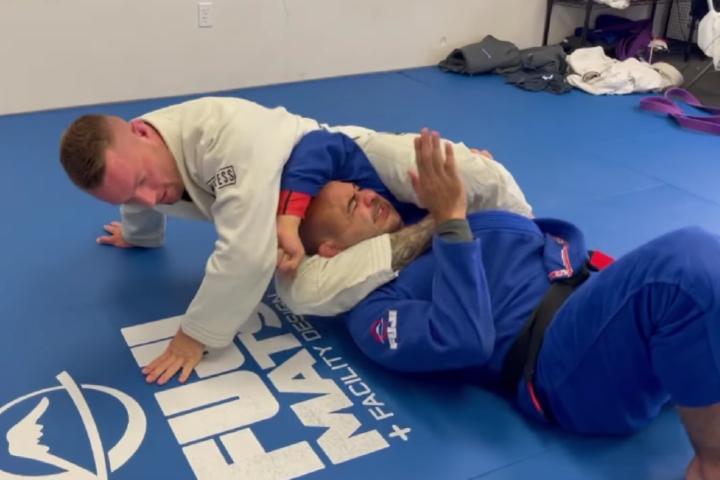 The Triangle Choke is one of the most versatile submissions in Brazilian Jiu-Jitsu. While most commonly associated with the Closed Guard setup, the Triangle can be executed from all sorts of different positions… With one of them being from the back.
Here’s a tight Triangle setup from the back, that can be used in gi and no-gi alike. Jordan Preisinger demonstrates.

TRIANGLE CHOKE FROM THE BACK

To begin with this Triangle Choke setup, you’ll first have to take the opponent’s back and fall on your “under arm. Then, as you hand-fight and get a hold of the opponent’s hands, use your top leg to trap their top arm.
Now that their primary line of defense is gone, you’ll have to scoot out with your hips a bit. Then, pull their bottom arm towards yourself (to elongate it) and position your top leg’s calf muscle across the opponent’s neck. (Just make sure that it is in line with their jaw).

All that is left to do now is to lock up the Triangle. But don’t just squeeze to get the tap; instead, shrimp out a bit to the side as well and push your hips into the opponent. This will secure an incredibly tight choke, one that your counterpart will immediately tap to.
Jordan explains and demonstrates this setup in detail on the video below: