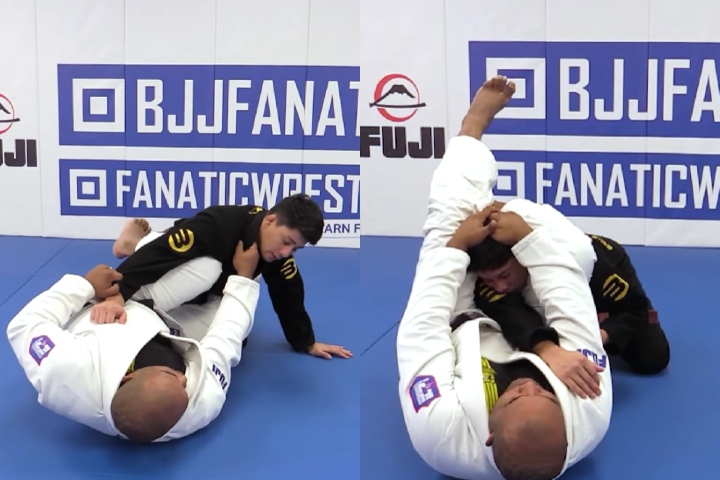 The simplest things in Brazilian Jiu-Jitsu are, often, the most efficient ones at the same time. You don’t have to “Berimbolo everything”; just sticking to simple, 1-2-3 setups, will more than likely be enough for your competition success.
For instance, the Scissor Sweep to Triangle Choke setup (from Closed Guard) is remarkably easy to learn and use. Here’s a small twist to it, however, as explained by Bruno Bastos.

Instead of grabbing on the same side you’d sweep them over, Professor Bastos grabs the collar and the sleeve on the opposite side of his “pretend” Scissor Sweep. What this does, among other things, is that it enables him to off-balance his opponents further by pushing into their neck/jaw with the collar hand.
From here, you’re going to open your guard and scoot out to the side, initiating the Scissor Sweep with your leg (and arm). Then, as the opponent posts with their hand, it’s remarkably easy to slide your leg out and lock in a Triangle Choke from there.

Of course, you’ll have to actually get the tap after getting to this point – by keeping the opponent’s posture broken down and taking care of his arms. But until then, watch the video below and learn how to effectively go about this setup: