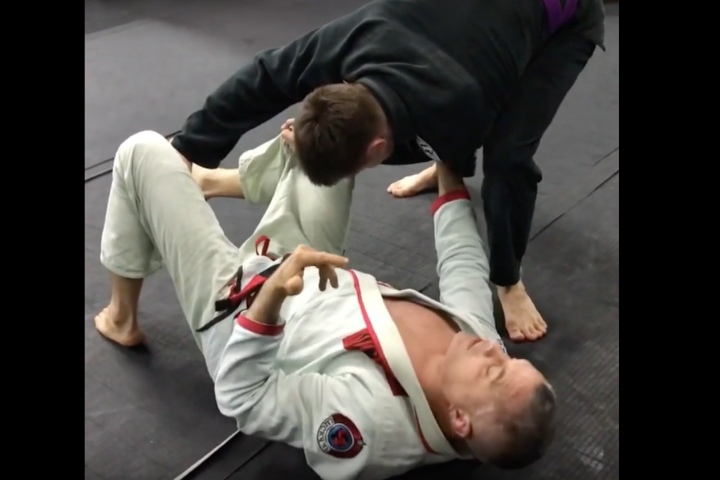 There are many early defenses. The easiest one is the strip the grips from the pants right in the beginning. Another one is to grab a cross collar grip and to collar drag them hard and coming up and grabbing a single leg.

Some Jiu-Jitsu champions have made a career in passing the guard with the Toreando. Big names such as Marcus ‘Buchecha’ Almeida and Rodolfo Vieira come to mind.

In this video, Judo and Brazilian jiu-jitsu black belt Branko Simonovic of Kimura BJJ Serbia shows a very effective counter to the toreando.

Branko blocks the opponent’s arm with just one arm. This will bate the opponent into committing to the guard pass and and at the moment where they drop their hip to pass you will slip your arm underneath, using their momentum against them and sweep them ending up on top and with your opponent wondering what just happened to them.