This Snap Down to Backtake Sequence Works Great for All Levels 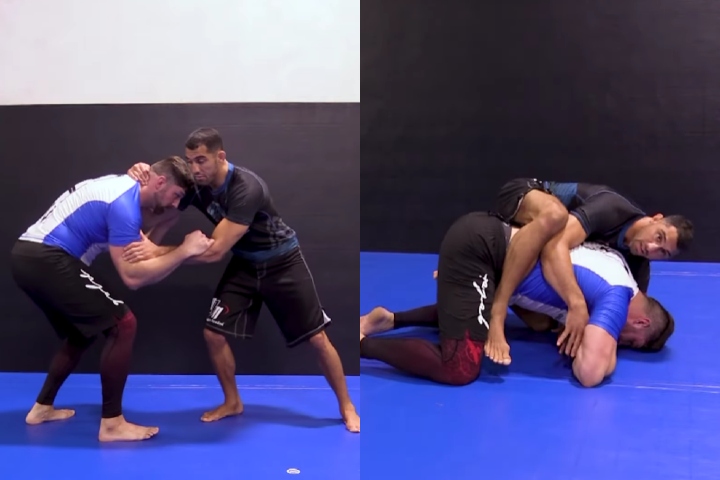 Playing the takedown game in Brazilian Jiu-Jitsu doesn’t have to be too complicated. Actually, it can be quite simple – if you learn how to set up takedowns which don’t require too many moves.
A Snap Down is a good example of that. It’s simple to both understand and set up; even though it has to be timed properly in order to get the full-fledged takedown.

However, you don’t even have to get your opponent fully down to the mats in order to make the Snap Down work for you. Rather, you can also use it to set up a backtake.
Matt Arroyo, former UFC fighter, demonstrates how below.

SIMPLE SNAP DOWN TO BACKTAKE SEQUENCE

To snap your opponent down, the first prerequisite is for them to have their head level as close as possible to yours; preferably, lower. Arroyo explains that if this isn’t the case, you should go for other setups instead.
However, if their head level is just right, you’re going to place your palm behind their head (onto their neck) and your second hand against their tricep muscle on the other side. From there, you’ll push into them and wait for them to resist by pushing back into you – which is when you’ll snap their head down and catch it underneath your armpit.

Then, you need to sprawl down in order to get your opponent down to the mat. Just don’t do it immediately; rather, make a couple of semi-circle steps and then sprawl – it’s a much more effective and safer option.
From here, you may go for the Guillotine Choke or just go for the opponent’s back. Watch how below: