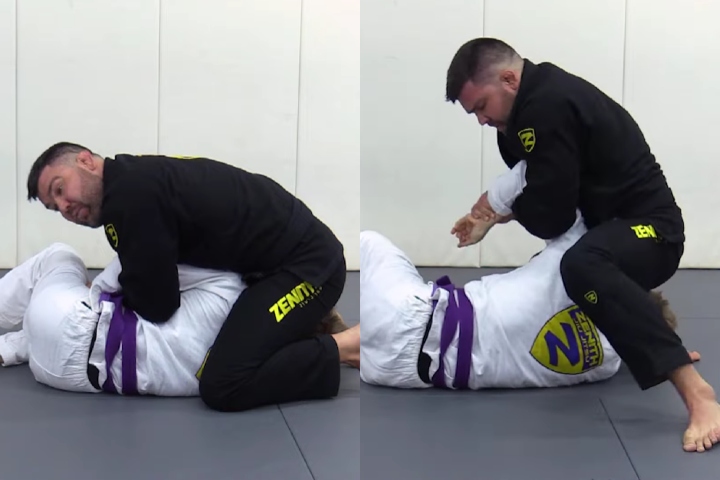 Setting up a submission can be one of the toughest tasks in Brazilian Jiu-Jitsu. You first have to go through the opponent’s guard, establish control, isolate the limb which you want to attack… And even then, more often than not, you’re not in the safe zone – but you have to make that last push against the opponent’s defense in order to get the tap.
For instance, when you’re attacking the Kimura, the opponents’ last resort of defense will inevitably be the Kimura Grip; for example, he’ll grip his own pants. And that’s why it’s incredibly important for you to learn how to break this grip – at least if you want to get the tap.

Robert Drysdale demonstrates how to do it below.

When you’re breaking the Kimura Grip from the North-South position, your first objective should be isolating the opponent’s other arm – so that they can’t reinforce their defense with it. Professor Drysdale does it by placing his shin over his student’s elbow.
Once you’ve done that, you may go forward with the grip break. However, just stop for a second and think: which direction will it be easiest to break it? By pulling the opponents’ arm up? By pushing it in? Or by pulling it out, into the opposite direction of the opponent’s body?

That’s right; it’s by pulling it into the opposite direction. So, when you pull it that way and get the break, make sure to step your leg up and elevate their arm in the process – so that they don’t re-grip the leg.
Once you’ve done that, feel free to go forward with the finish.