This Omoplata to Armbar Variation is High Percentage 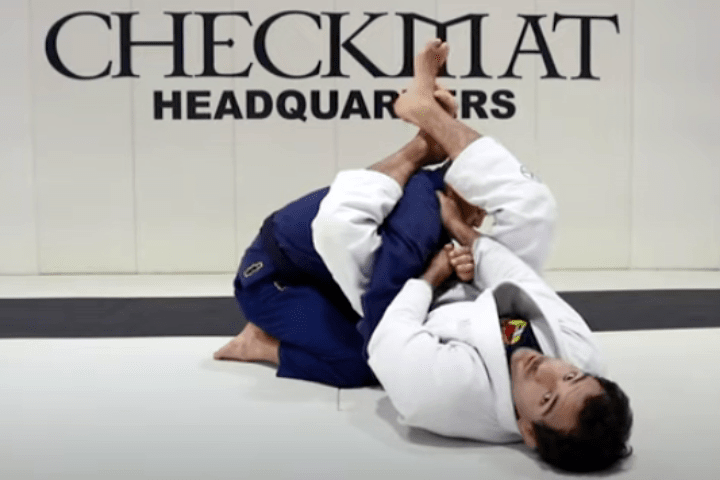 Transitioning from one technique to another sure feels cool! And not only does it feel cool, but it’s also incredibly useful when it comes to a really tough neck-to-neck roll, as well as in competition. The reason? Well, it’s quite simple actually: in those scenarios, your opponents won’t just let you to tap them out. Whichever submission you go for, you can be pretty certain that they’ll defend against it. Therefore, knowing how to transition from the first submission attempt to another is incredibly valuable in Jiu-Jitsu.
For example, if you go for an Omoplata… You can transition to an Armbar!

STOP LONGING SO MUCH FOR IMMEDIATE SUCCESS

The mistake that can cost you a lot of success in Brazilian Jiu-Jitsu is staying “tied up” with the first submission technique you go for. In simple terms: if you’re trying to finish a technique that’s obviously not working for one reason or another, you’re missing out on other opportunities. And you’re destined to burn yourself out, probably losing the match as a consequence.

Therefore, try to make it a habit to transition to another technique whenever you see that the first one isn’t working. Do this in training, as much as possible.
Give your best shot at finishing the initial submission. But if it doesn’t work after a few seconds, make the transition. You’ve got to get used to this feeling.

TRANSITIONING TO ARMBAR FROM OMOPLATA

Now that you’re armed with that knowledge, you’re ready to start learning how to go from an Omoplata to an Armbar. Pay attention to when the professor Gabriel Almeida says it’s the proper timing to go for the Armbar… It’s when the opponent starts turning into you, trying to get back into your Closed Guard.

Professor Almeida explains and demonstrates this transition in great detail below: