This Old School RNC Setup Works Great in the Street 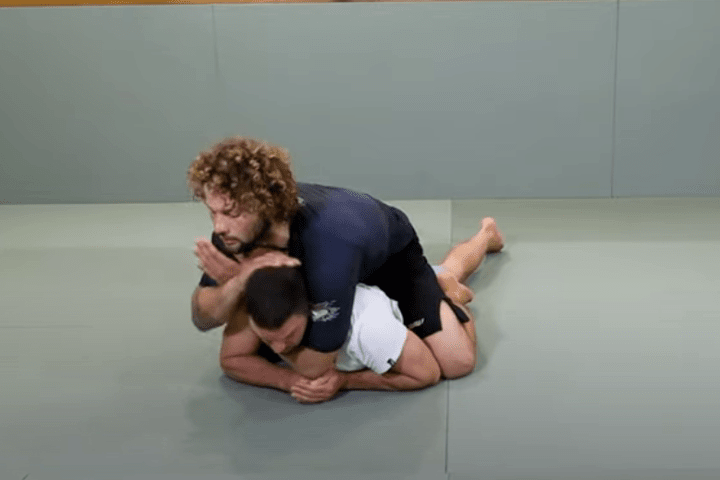 Stuff doesn’t have to be fancy in order to work in BJJ. Actually, more often than not, it’s the simple techniques and setups that win the day; not the complicated moves.
For instance, there are a ton of ways to take the back from Mount and set up a Rear Naked Choke. But in this old school example, you’re going to see just how easy it is to set it up against an opponent who panics or who doesn’t have too much knowledge… Such as in the street fight situations.

Starting from Mount, you’re first going to exert a lot of pressure on your opponent, threatening him with attacks from all over. If you’re in an unfortunate street fight situation, you’re probably going to be punching your opponent (or, better yet, slapping him – so as not to cause serious injuries).
As they don’t know what to do in these situations, your opponent is going to start rolling over, in order to protect themselves. When they do this, it’s really important that you walk your knees with them. If you don’t, your leg is going to be trapped, and you’ll get swept over.

Then, if they protect their neck by putting their chin down, you’re going to lift it up by placing your hand on their forehead and peeling it up. Sneak in your choking hand underneath their neck and lock in the Rear Naked Choke.

Don’t Just Settle For The Guard Pass, Pass Straight To Mount With Magid Hage’s Guide To This Unorthodox Passing Style! 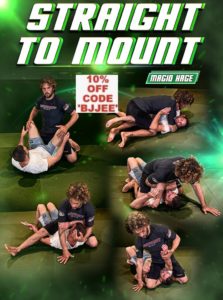