This Mount Escape Is So Easy, You’ll Facepalm Yourself For Not Learning It Before 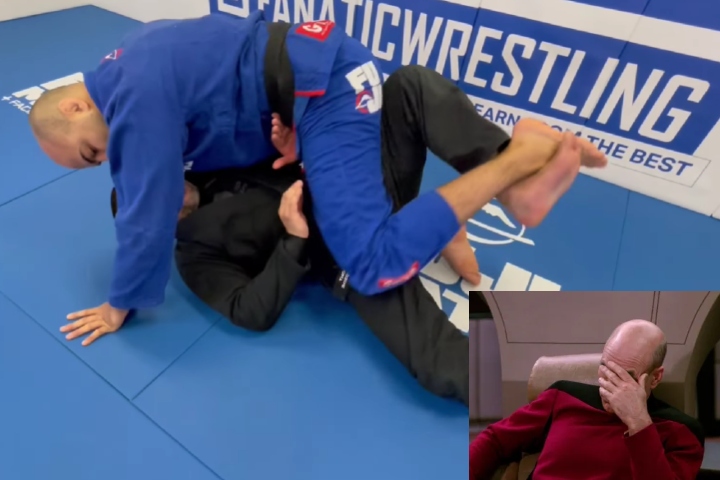 Listen up: there’s a pretty high chance that you’re making Jiu-Jitsu way more complicated than it really is. Other than learning some extremely complicated sequences of techniques, you’re also drilling a ton of moves… Without really learning any of them. And, well, the heart of this problem probably lies in the following train of thought: “If I learn a bunch of techniques, that are rather complicated, then I’ll be much more successful in BJJ.”
However, the exact opposite is true. You need to learn a handful of techniques and become extremely good at them – such as the following Mount Escape. As a matter of fact, it’s so simple that you’ll likely laugh for not having learned it before.

This Mount Escape is demonstrated by Professor Thomas Rozdzynski who, as he describes it, developed this technique as he became older and increasingly unwilling to use a lot of explosiveness in his techniques.
So, how does one actually set up this technique? Well, for starters, you’ll have to frame on the opponent’s hip and use your elbow (the one which is down on the mats) to push the opponent’s knee down. You can’t let it just dangle on the same level it is at to begin with – and you’re about to find out why.

Once you’ve lowered the opponent’s knee nearer to your own knee, you’ll step over your near-side leg with your far-side leg. From there, use this far-side leg’s “shoelace” area to hook the opponent’s ankle.
Then, simply elevate their leg with this hook and shift it to the other side. This will create ample space for you to maneuver and solidify your escape.

Watch how to do this Mount Escape in more detail on the video below: