This Judo Throw Combination Is The BEST One For BJJ Practitioners 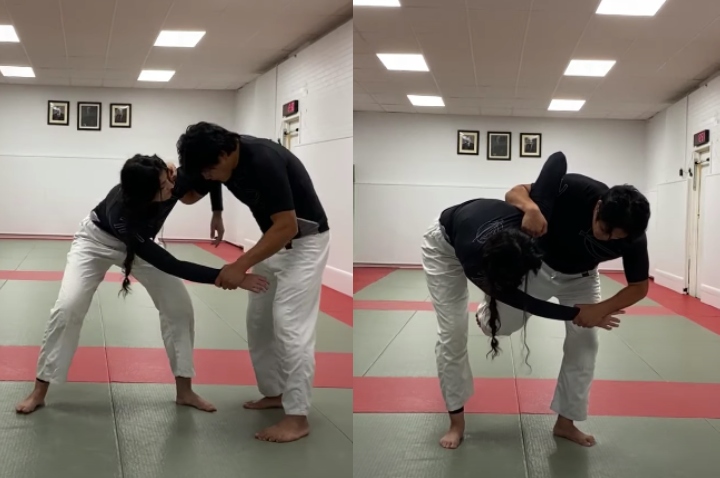 Judo throws are usually less favored than Wrestling throws in Brazilian Jiu Jitsu, especially in No Gi. There are two reasons behind this. First of all, Judo is trained, well, in the Gi. And if you’re in a No Gi match, you won’t have the same grips and options available to you; which may lead to some confusion. Secondly, if you fail at (a number of) Judo throws… There’s a strong possibility that your opponent will take your back.
However, not all throws are made equal. If you can set up a strong Uchi Mata position, you can tie in a great two-move combination off of it – safely, even if you fail at first!

Shintaro Higashi demonstrates this No Gi Uchi Mata setup and the combination of throws you can build off of it.

SETTING UP THE NO GI UCHI MATA

Before you can make way for the combination of moves, you need to understand how to set up the No Gi Uchi Mata first; not just in terms of the throw, but of actually getting into the position itself.

The first thing that you want to do is create space for your underhook. With his lead leg in front of the training partner’s lead leg, Shintaro grabs the back of the partner’s head with the arm on the same side as his back leg. Then, he pulls the head down and, simultaneously, threads his other arm for the underhook. You’ll be able to get the underhook because, when you pull their head down, your opponents will flare their arms out as a reaction; which grants you the necessary space.
You can also get the underhook when your opponent posts on your chest. Just go underneath their arm, with your hand beating their hand to the inside; and go for the underhook immediately after.

There are a lot of ways for getting to the underhook, Shintaro explains. However, once you get it, don’t let the opponent clamp it down. Instead, keep your shoulder high and make sure your hand covers the front of their shoulder.
Also, keep in mind the head position. If the opponent posts his forehead on the inside of your temple, he will incapacitate your underhook. So, to keep the strong position, make sure to post your forehead onto the inside of their temple. Then grab their wrist on the other hand – and you’re in a strong Uchi Mata position.

MAKING UP THE COMBINATION

Shintaro then quickly demonstrates that there are a LOT of different combinations you can set up from this position. What’s important is that you generate movement; going from fully committing to one throw and then to the other, all the way until they’re down on the mats.
The one he demonstrates, however, is a combination of Kouchi Gari to an Ankle Pick.

Once you step in for the Uchi Mata and elevate the opponent’s leg, Shintaro emphasizes that – if plausible – you should finish the throw. However, there’s a better (and, honestly, fancier) way to throw them from here.
As his training partner’s leg is elevated, Shintaro demonstrates that you can simply go for the far leg Kouchi Gari – and then finish off with an Ankle Pick!

Pretty simple, effective and fancy combination, right? It’s precisely that. Shintaro finishes by explaining that this sequence is nothing special, that it’s often done. But it’s a fantastic one for Jiujiteiros; for, even if you fail in the process, your strong underhook position will make sure that your opponent doesn’t take your back.

Watch Shintaro Higashi explain and demonstrate this in more detail on the video below:

Are you stuck using one technique at a time? 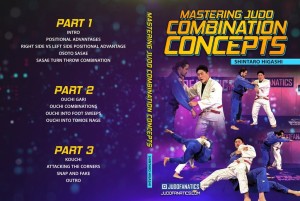