This Is Why Your Pressure Passing Fails 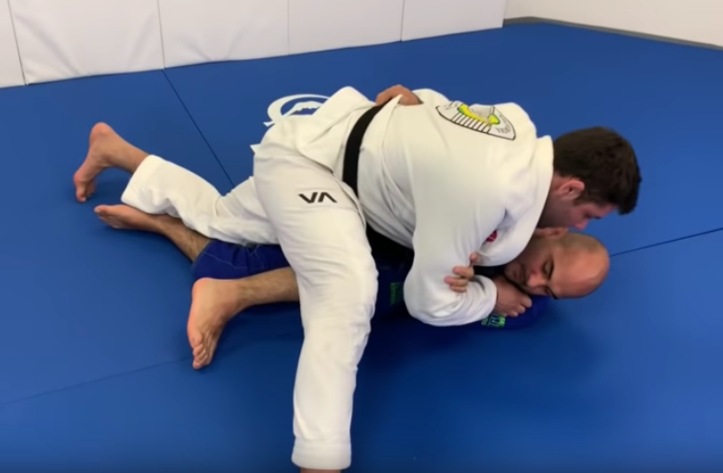 Pressure passing looks cool, doesn’t it? Certainly you’ve tried it at least a couple of times, only to find out that your training partners can control the distance and retain their Guard all too easily… What are you doing wrong?
SBG Portland’s coach Cane has a simple answer.

YOUR GRIPS ARE THE PROBLEM

The most common mistake, coach Cane explains, when going for a pressure-style pass in Open Guard is getting too handsy – getting too involved in hand fighting.

For example, when approaching his training partner and gripping her collar immediately – establishing hand connection before the body to body connection – she will immediately move to hand fighting him. And, with that, she will seek out not only to negate his game, but to impose her own as well; especially considering that coach Cane is now close enough to her (because he wanted to establish grips) so that she can place her foot on his hip and start playing the Open Guard game on her own terms.

So, instead of doing that, coach Cane points out that you need to aim for establishing the body to body connection before you use your hands!
In other words, he explains that you need to first connect to your training partner or opponent by closing the distance, removing all the space between the two of you; and then put them on their back – before even thinking of engaging with your hands.

In practice, coach Cane demonstrates, it would mean that you’d lower yourself to the level of your training partner or opponent, keeping your elbows tight to your body and on your hips – because if your elbows are there, then they cannot place their feet on them – and then going heads and shoulder first, with shoulder to shoulder pressure in order to drive and flatten their back to the mat. „In doing that“, coach Cane continues, „I’m going to kind of accept whatever we get in that scenario“, meaning that it’s your goal to flatten them out first and then worry about taking care of the scenarios that’ll arise afterwards.

And of course! You do need to use your hands, but they will only do two things. Firstly, you’ll use them to incapacitate your training partner or opponent from getting you into their Closed Guard as you flatten them out on their back – for, what’s the use of flattening them out if you’re just going to end up in such a defensive position – and two, you’ll use them to keep their feet off your hips!
True, they will be able to insert their butterfly hooks, but coach Cane says that you shouldn’t worry about that. Instead, you need to not let their feet land on your hips; because, if they do that, they’ll be too strong for your pressure passing attempt and will be able to control the space.

In practice, coach Cane demonstrates, what he usually does is that when he changes his level, he simply touches his training partner’s feet – and leaves his hands there, all the way until he has flattened her out on her back. This way, he can use the sensitivity of his hands to control her leg if she decides to place it on his hip or to wrap both of them into a Closed Guard.
This is a great option, because his elbows stay tucked and close to his hips throughout the setup, as he’s not engaging into a real hand-fighting game.

Watch the video below to see coach Cane explain this pressure passing detail: