This Is The Most Common GUARD RETENTION Problem 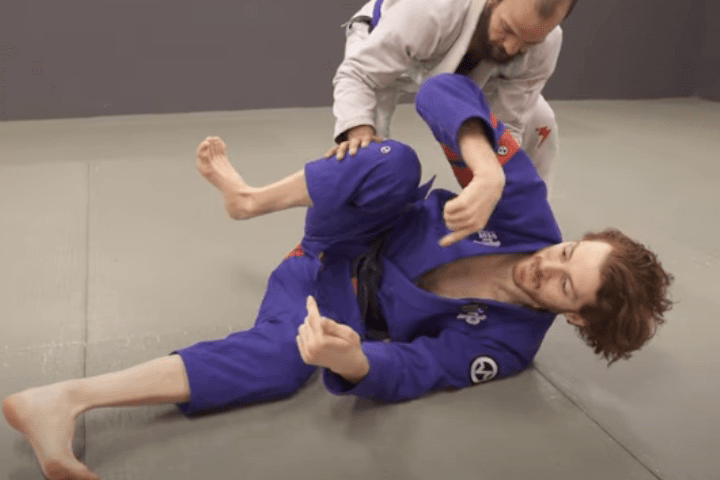 We agree. Guard Retention isn’t exactly the coolest thing you could do or practice in Jiu-Jitsu. But no matter how “uncool” it may be, it’s still an extremely vital part of your BJJ skillset… One, without which you’re destined to get submitted over and over again.
With that said, Guard Retention isn’t easy either. In fact, there is one problem that is most common when it comes to this skill.

Wanna know what that problem is? Jon Thomas has just the right explanation and demonstration for you.

ONE IMPORTANT GUARD RETENTION THING TO KEEP IN MIND

If you wish to be successful in Guard Retention, you’ve got to keep one very basic pointer in mind. Namely, it’s the position of your hips.

Jon Thomas breaks down the importance of hips position remarkably well on his video. He explains that your goal should be to keep your hips square to your opponent. If you manage to do this, you’re going to retain your guard without too much effort.
However, if your hips aren’t square with your opponent or training partner… You’re going to have a difficult time bringing in legs between yourself and the other person. And that, exactly, is the most common Guard Retention problem: your hips not being square to the other individual. For example, if they drive you to the side when they’re passing your guard, your hips are going to be facing away from them. And that’s a big no-no.

So, the whole issue becomes: how do you bring your hips to be square again?
Watch the video below by Jon Thomas. You’re going to get your mind blown by how easy the solution is.