This Is How You’ll Take The Back From Turtle… Each And Every Time! 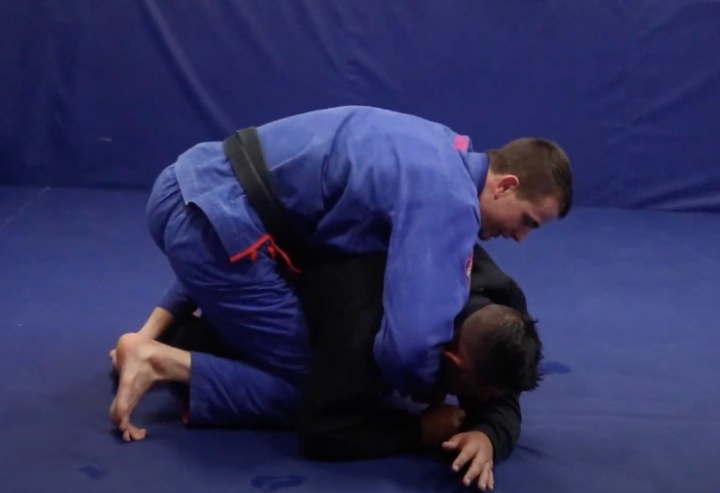 Yeah, we know how it goes. You fought hard to get your training partner into an inferior position… And you’ve done it! In fact, you’ve placed them into one of the most defensive positions there is – they’re in the Turtle!
But, alas, the fight is just beginning in a way. You’re trying your best to take their back from here, but no matter what you try to do, you just can’t seem to succeed. They’re all crunched up and you can’t blast through their defense! This is especially true when you’re rolling in a Gi.

Luckily, Chad „The Beast“ Hardy has a neat solution; one which’ll enable you to take your training partner’s back much more often than not!

ARE YOU TOO SOFT IN YOUR ATTEMPTS?

But before we get to Chad’s technique, let’s consider one thing first. Could it be possible that, while you’re trying to get those hooks and Seatbelt grip in, you’re doing it in too soft of a manner?
That is – could it be that you’re running away from using enough force?

Brazilian Jiu Jitsu is a combat sport, and it’s sometimes the case that athletes forget about this while rolling with their training partners. One of the ways this manifests is that, once in a situation where an athlete can take advantage his counterpart, he/she often tries to ease into the technique; because they don’t want to be too harsh and aggressive towards their partners.
But this won’t always work. And it definitely won’t work when your training partner is putting all of their efforts into defending.

Given that, your problem – when taking the back from a Turtle position – might not be that you don’t know the „right“ technique… But that you’re not applying the technique with enough force.
Having said that, pay special attention to how Chad lifts his training partner and punches his knee through. This is key to making the following technique work.

LIFT AND PUNCH – AND GET THE BACK FROM TURTLE

When his training partner is turtled up and leaving absolutely no space for any sort of a setup, Chad deals with this in a swift fashion. How? He grabs the back of the partner’s collar or the shoulder – and then lifts him up off of the mats. You don’t have to lift them too much; your goal is not to Deadlift, but to peel them off of the floor just so that you create space around their rib cage.

Once that space is freed up, Chad punches his knee in-between the training partner’s hip and elbow. Pay attention to the fact that he doesn’t just „place“ the knee there; but he goes in deeply, making sure that he has acquired the newly-found space in the best possible manner. Then, he sets in a neat Seatbelt grip – either a regular or, if that’s not possible, one with an S-grip.
This setup is a great one because your opponent may try to recover by rolling to the side; you’ll be able to simply cross your other leg over, roll with them, and take the back from there.

If that doesn’t happen, Chad places his second foot on the bottom of his training partner’s leg and pulls it towards himself. This, paired with a bit of pulling action with the Seatbelt grip, gets his partner to the side – rendering all of that Turtle defense to zero.
To end it, Chad scoots out his hips, locks his legs in order to extend the training partner if necessary; and puts the second hook in, effectively taking the back.

Watch Chad’s demonstration on the video below: