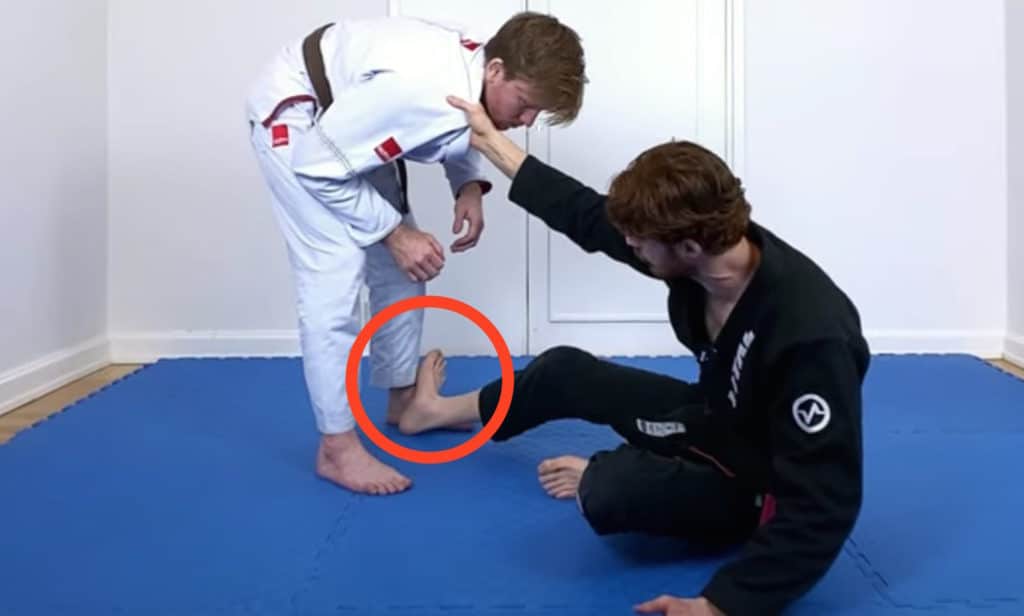 Do you consider yourself to be a good, or at least an average bottom guard BJJ player? How about in the Gi – are you any better in it than without it? Whatever your answer may be, the truth is simple; with your buttocks on the mats and with your opponent standing… You’re in a predominantly defensive position while they are in an attacking one. But, if you want to win, then you have to create offensive options for yourself! That is, you have to find a way to start dominating your opponent.
One of the best techniques for this switch is the fantastic Collar Drag. Jon Thomas demonstrates how to do it.

Yes, the Collar Drag! That really simple takedown technique your coach showed way back when you just started out with Jiu Jitsu can also be utilized from the bottom guard position. But why should you use it in the first place?

Jon explains that, when you’re on the bottom, you basically have two offensive options to choose from. The first one is to go for a guard you’re confident in and then to set up your attacks from there; for example, setting up a De La Riva Guard or a Collar Sleeve one. However, there’s the second option – the one in which you can attack immediately.
That’s where the Collar Drag, and especially when you’re establishing it with a cross-collar grip, comes into play. With it, you’re basically getting the opponent into a disadvantageous position in a matter of seconds and in a really simple fashion!

Let’s take it from Jon on how to set the technique up.

THE COLLAR DRAG SETUP – CLIP AND GET THE SINGLE LEG

As we’ve mentioned above, Jon emphasizes that the cross-collar grip is the best one for this technique; plus, it’ll arguably give you additional pulling power at the same time as well.
Now, if you’ve been taught this move before, there’s a high chance that you’ve been shown how to do it with the use of your arm and hips only; pulling the opponent down while simultaneously turning your hip to the side in order to generate force. However, Jon provides a different approach to this fantastic position reversal.

Namely, two things are different. First, you’ll be using your leg to „clip“ the opponent’s far leg in the process; and secondly, your primary aim won’t be to faceplant them, but to get a Single Leg off of the Collar Drag.
As you’ve probably guessed, you’re supposed to clip their leg in order to throw them off balance even more than it would be the case otherwise. This’ll come to use even better if they, after you’ve established your Collar grip, grip your far-side pants. By doing this, they’re effectively neutralizing their posting options… And so they’ll just faceplant when you hit them with the Collar Drag!

And in so far as the second point is considered, the one of getting a Single Leg off of the Collar Drag immediately… It gets even more valid as you climb through the ranks of BJJ; and as your opponents become better and better at anticipating your moves. Why? Because if they fail to faceplant after your initial pull, you will still be in a dominant position to impose your own game.
So, pull them and propel yourself forward at the same time, grab tightly to their leg (the one on the same side as your cross-collar grip), get up and drop them – and then go get that submission!

Watch Jon explain the Collar Drag from bottom guard on the video below:

Use sit up guard techniques that will serve the BJJ beginner and black belts alike.

Learn high percentage attacks and sweeps that will add a new layer of skill and danger to your sit up guard with BJJ black belt instructor Daniel Gazoni. 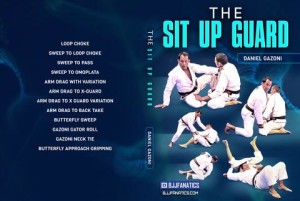