This Is How DAVID GOGGINS Can Help Your Jiu-Jitsu 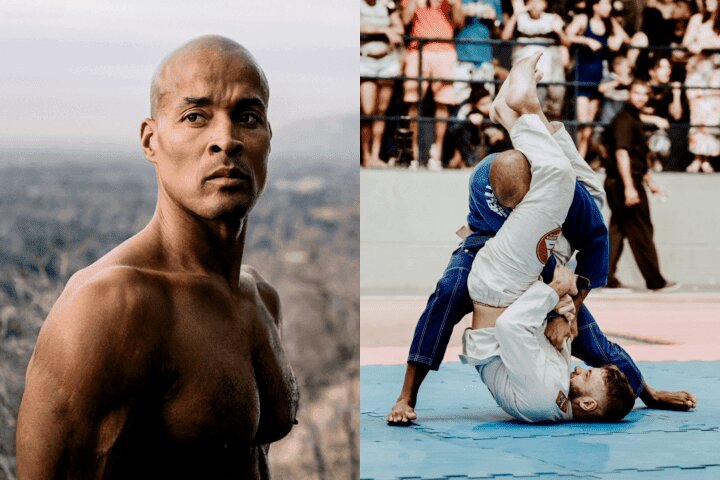 Have you heard of David Goggins? He’s a retired United States Navy SEAL and a former United States Air Force Tactical Air Control Party member, but also an exquisite ultramarathon runner, triathlete, public speaker, and author. His recent book, „Can’t Hurt Me“, details the memories from his life – as well as his philosophy.

You can learn a lot from Goggins… And apply it to your Jiu-Jitsu!

YOU JUST HAVE TO START WITH JIU-JITSU

When David Goggins set out to become a Navy SEAL, he… Didn’t stand a good chance of getting in. He was in his 20s, weighed 300 lbs, and – by his own accounts – couldn’t run even half a mile. However, today he’s one of the most well-known ultramarathon runners, who frequently competes (and ends up in top 3!), and is a retired SEAL member.

How did he do it? It’s simple, actually. He just started. Sure, he had a lot of doubts going in training, thinking that his chances of getting into the SEALs are slim. But that didn’t stop him – he went for it, and reaped the benefits afterwards.

What does this mean for your Jiu-Jitsu? It means that, if you haven’t started yet – or if you’ve been on a long layoff for one reason or another – that you should go for it.
Just begin training (again). It doesn’t matter if you don’t have the cardio to even shrimp across the mats… Because soon you’ll do things that were unfathomable to you and to the people around you as well.

DISCIPLINE AND GRIT ARE EVERYTHING

But it isn’t enough to begin, is it? If you long to become better in Brazilian Jiu-Jitsu, then you’ve got to keep showing up. You have to train as often as possible. You’ve got to be consistent – which is exactly what David Goggins’s life example is all about. It’s about being disciplined and not giving up.

One of the things he is most notorious for is that he went through three Hell Weeks. The „Hell Week“ is a basic component of Navy SEAL training, comprised of many physically and mentally draining drills, training sessions, and berating from the side of the instructors. More than anything, it’s meant to weed out those who are mentally weak.
Well, Goggins endured three Hell Weeks in order to push through and get into the latter phases of training, finally succeeding and eventually becoming a Navy SEAL!

Your grappling could probably use a bit more of his approach to discipline and grit. Check out the video below, where he talks about it:

One of the coolest things that Goggins talks about in his book and on the Youtube videos is the 40% rule.

How many times did you stop long before you should’ve? Think about all those drills and rolls, where you thought that you were tired and that you couldn’t go on anymore… And to how you called it quits, either by stopping with the roll and the drill altogether or by slowing it down significantly.
Well, Goggins says that it was, in fact, your mind that was tired – not your body. That you could have went on for far longer than you did, and that you failed because you were listening to your mind too much.

He calls this „the 40% rule“. When you think that you’ve given it your all, you’re probably at around 40% of your full capacity.
How? Because your mind quits long before your body does. And so you’ve got to shut down your mind and push yourself to get as close as possible to that 100%.

Learn more about the 40% rule here: