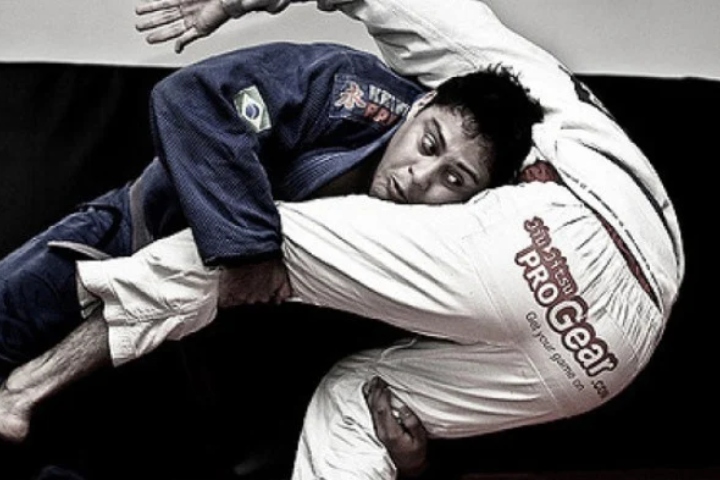 The Double Leg takedown is one of the first takedowns you’ll learn in Brazilian Jiu-Jitsu. And rightfully so; it isn’t (too) complicated for the beginner grappler, while at the same time it can be used and finished in quite a lot of different ways.
However, one of the biggest problems that some grapplers have – especially taller ones and those who want to transition to MMA – is dropping the knee while going for this takedown. Namely, the Double Leg is often taught in such a way that you have to lower your penetration step’s knee to the floor.

You don’t have to do this. Here’s a simple variation that will make your life – your BJJ and MMA training – easier.

Yup, you’ve probably guessed it right… In this variation, you will not be dropping your knee to the mat! Instead, after snapping the opponent’s head down and them lifting it up, you’ll take the penetration step, lower your level, and go for the takedown immediately.
Keep in mind that lowering your knee to the mat is just an additional way to ensure that you’re lowering your level properly. So, there’s no need to truly drop it to the ground if you’re dropping your level as well as you should be.

Watch the video below to get more of a gist for this Double Leg variation:

Master an Entire System Of Takedowns and Takedown Defenses SPECIFICALLY Designed for The BJJ Athlete with ADCC Veteran Matt Arroyo. 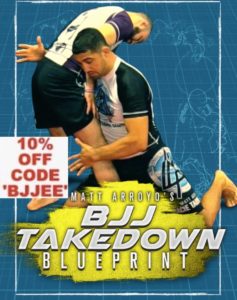