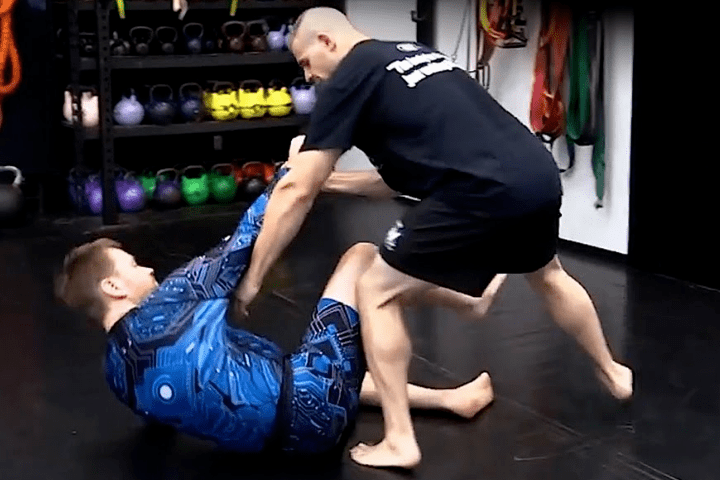 Don’t let the complexity of Brazilian Jiu-Jitsu and grappling in general fool you. A lot of times, it won’t be the complicated stuff that will give you the edge in training nor the win at a tournament; but it’ll be the techniques and setups that are relatively simple to execute and that you’ve done thousands of times.
For example, when it comes to your wrestling skillset, you should definitely add the following Back Trip setup, as explained by Craig Funk.

BACK TRIP SETUP BY CRAIG FUNK

As mentioned beforehand, a lot of Jiu-Jitsu athletes tend to complicate things unnecessarily. That’s especially true when it comes to their standup, where the mix of fear and wanting to learn make up for powerful resistance.
That’s why it’s so important to learn setups such as this Back Trip.

You’ll start with your training partner having a Collar Tie on you. You’ll take it off and establish a 2-on-1 grip (make sure you’re tight to them and reasonably heavy on their shoulder).
From there, you’ll step in front of the training partner in an attempt to throw – and their most common reaction will be to step with their own leg in front of yours.

That’s when you’ll “punch” their arm in, lower your hips, and kick their leg to take them down to the mats.
Check out the video below to learn from Craig Funk how to do it: