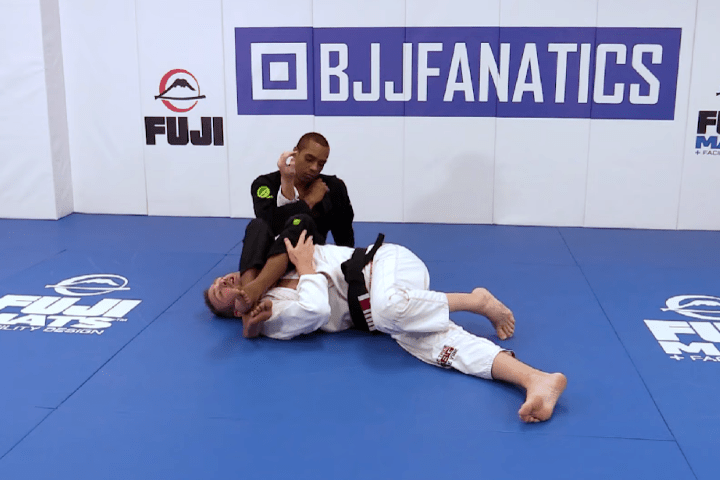 So you’re struggling with Armbar escapes? Not to worry; once you get caught in an Armbar, getting out can be extremely difficult. Especially when your opponent/training partner knows what they’re doing. So, it’s much better to keep those elbows tucked in and prevent the submission from being set up in the first place.
But it’s inevitable that you’ll get caught from time to time, so you need to learn your escapes. For example, when the opponent sets up an Armbar with both of his feet crossed over your head, the following escape will work great!

ARMBAR ESCAPE WHEN OPPONENT CROSSES FEET OVER YOUR HEAD

Professor Stephen Whittier explains that, when opponent crosses both of his feet over your head, your hips are free to move. So, what you’ll do to start setting up this Armbar escape is to sway your hips to the side opposite to where your opponent is.
From there, place your free arm on the outside of their knee (the one nearest to your hips). Keep your trapped arm nice and loose. Professor Whittier makes the comparison of it resembling a “dead fish”.

Once you do that, you’re all set up for the escape. Sway your hips back into the opponent while turning the palm of the trapped arm towards yourself; and dropping its elbow down to the mats.
Professor Whittier demonstrates this Armbar Escape in detail below:

If you want to develop highly effective and efficient escapes, this is for you. 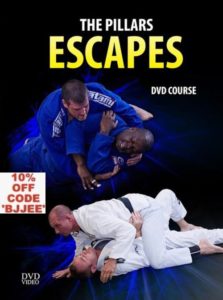