They’ll Never See It Coming: 2 Sneaky Attacks From Side Control 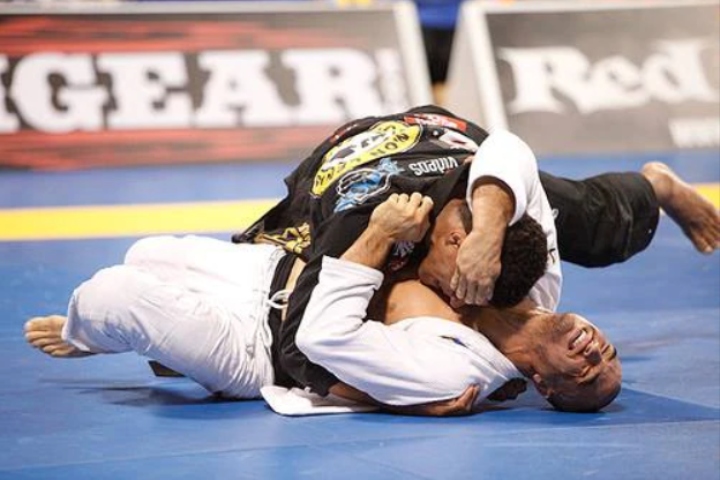 Side Control is all about establishing a superb amount of control and then going for your attacks. Moreover, it’s incredibly important that you learn how to be increasingly sneaky with your setups from this position; as your opponents have a lot of defensive options on their disposal.
For that reason, here are 2 incredibly sneaky Side Control attacks, as demonstrated by Kyle “Bull” Sleeman… Your training partners and opponents will never see them coming!

2 SNEAKY ATTACKS FROM SIDE CONTROL

The first attack is a back take. Coach Sleeman first establishes good hip control with his knee and elbow, and also utilizes immense Crossface pressure, in order to stop the opponent from moving. Then, he opens up the opponent’s lapel and feeds it to his Crossface hand (make sure that the lapel remains straight, don’t twist it in the process).
Once you do this, you’ll have to get up on your tippy-toes and start placing pressure on the opponent’s carotid artery. This will force them to pop their arm out; as soon as they do this, you need to lower your hips and grab a hold of that arm. Then, pretending that you’ll go for the Mount, let the opponent catch you in Half Guard – when they do this, simply close in with your other knee next to their head as you turn them to the side… And lift them up and towards yourself with the lapel grip! Take the back and play your submission game from here.

The second sneaky attack is a Clock Choke one. To set it up, you’ll first have to get a near-side underhook – which can be incredibly difficult if the opponent is tight with his arm. So, to counter this, get your arm in-between your own legs… Then, move your leg out of the way, and you’ll be able to get the underhook! Use it to grip the back of the opponent’s collar and use your other hand to grip the bottom of their pants.
Then, simply push them to face the opposite direction from you; feed a cross collar grip and get your Clock Choke.

Here’s how to do it, in great detail, on the video below: