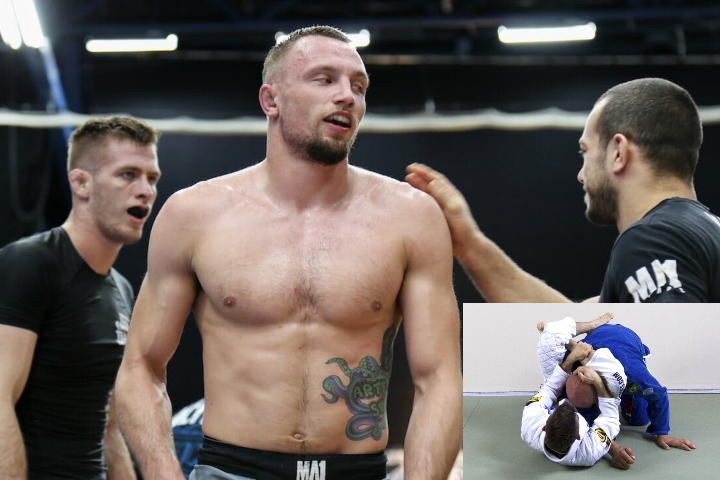 It’s one thing to set up a Triangle Choke… And it’s a whole other one to actually finish it. That is to say, even though you may have done everything right up until the end, that still doesn’t guarantee that your opponent won’t escape or, simply enough, flat out refuse to tap out. And because of that, it’s incredibly important to learn the details that ultimately make the Triangle do what it’s supposed to do – submit people.
Excited to learn these details? Fantastic! Here they are; Triangle details, as Bernardo Faria learned them from Craig Jones.

The first thing you need to keep in mind while finishing your Triangle Choke is the importance of keeping the opponent’s posture broken down. But the way Craig Jones does it is different from the usual “grab the head and pull it down”. Rather, he grabs a hold of his shin and uses it to keep the opponent bent.
Additionally, you have to watch out for the opponent’s arm – if they drive their elbow out, they’ll be able to both resist the choke and escape it. You can solve this quite easily; just bring your top leg’s knee to the opponent’s head. This will negate their ability to move their elbow as it will be sort of “clamped down”.

Bernardo Faria demonstrates how to utilize these Triangle details on the video below: