These Things Matter More Than Tapping Out Your Training Partners 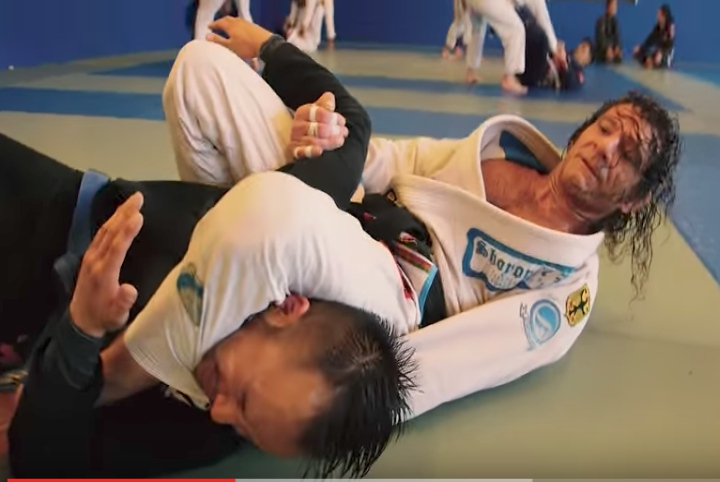 Tapping people out is, you could argue, the very essence of BJJ. After all, you’re here to learn how to control and submit as many training partners as possible, right? So, getting those taps is important, to say the least.
However, as important as it may be, there are 4 other things that matter a lot more than this does in Jiu-Jitsu.

LEARNING AND GETTING BETTER > TAPPING SOMEONE OUT

If you’re focused too much on tapping people out… Especially your training partners, then there’s a good probability that you’re sacrificing your potential to get better in BJJ!
That is, being too focused on „winning“ when you roll means that you’re not as focused on learning new techniques and improving in the ones you already know, as much as you could be.

Learning new techniques and improving in them matters much more than tapping someone out in BJJ. Try to shift your mindset from wanting to dominate the entire round, to the learning mindset; one in which you’re trying out new stuff, without the need to make it immediately successful.

WORK ON YOUR DEFENSE!

Getting overzealous with tapping out your training partners means that you’ll probably forego your defense. And while this may work against those who are approximately the same rank as you are, you’re going to get crushed by upper belts and in competition.

If you want to impose your submission game with success in competition, and with reasonable likelihood against upper belts, then you have to work on your defense.
Practice those escapes with proper technique, as much as you possibly can – maybe even more than submissions for a while!

If you know how to defend yourself and escape with skill, then your BJJ game will be more rounded and longer-lasting.

Are you familiar with the saying: „Live by the sword, die by the sword“? It applies all too well in Brazilian Jiu-Jitsu… Especially if you’re too „motivated“ to tap your training partners.
You see, if submission is the most important thing to you, there’s a high probability that you’ll injure your training partners often. And of course, injuries happen from time to time; but they happen a lot more often when your’re too aggressive with your technique.

And if you injure your training partners because of this, you should realize that you’re going to get injured more as well.
Either as a by-product of your bad technique… Or as a result of „retaliation“ from the guy who you’ve held in an Armbar for longer than you should’ve… The bottom line is, you’re going to suffer injuries because taps are so important to you.

Stop with this sort of a behavior. Go for the submission, but with more finesse and composure. Be kind – and everyone else in the academy will be kind towards you.

And lastly, if your attention asks for submissions more than anything else, you are missing out on the big picture. You’re failing to see the abundance of treasures that BJJ has to offer.

The great friends and atmosphere in training. The positive lifestyle changes in other areas of your life. Getting to know new people, visit new places, and experience amazing things that aren’t nested solely into the BJJ training sessions themselves… And so much more.

Take appreciation for Brazilian Jiu-Jitsu as a whole, and you’ll keep training it for much longer, with a bigger smile on your face.