These Five Principles Will Keep You Alive in Any Street Altercation 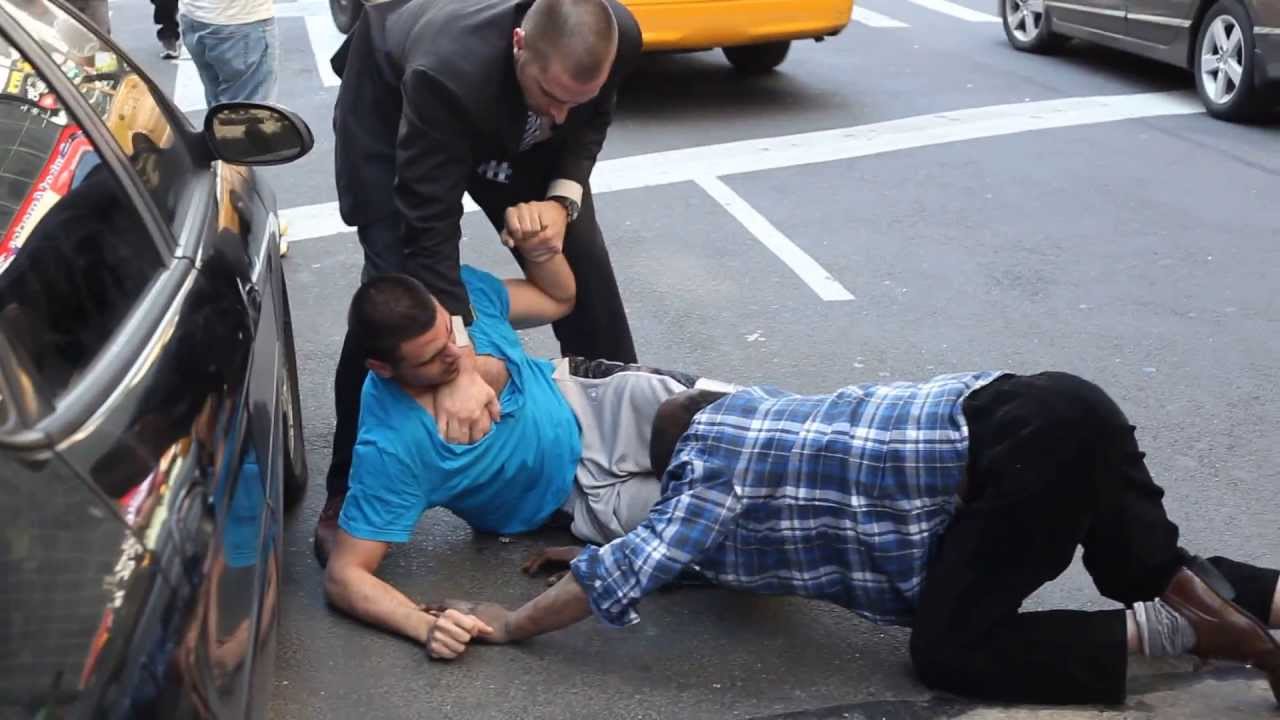 Street fights are unlike your gym sparring or drills in that they are very chaotic. They are spontaneous, they have trigger points and bad things can happen in an instant. There are however certain principles that must be known when it comes to street fights.

5. Keep the distance before the altercation

Most street fights end a few seconds after they begin. That is because one of the participants hits the other from a very small distance straight in the jaw and knocks him out. Dodging or blocking a punch at point blank is very hard since the reaction time is incredibly small.

In order to counter this, distance should be kept. At least out of an arm’s distance. Being out of striking range of the attacker is a good way to keep him at distance and make sure you give yourself enough time to get out of harms way.

Before a street fight ensues, there is a trigger point. The point where one of the participants, usually because of rage, decides to abandon words and to hit first. That is the trigger point.  There are multiple approaches here. You can either try to defuse the conflict (which is always recommended) by calming down the other person or you can act before he reaches the trigger point. Hitting first or having initiative increases your chances dramatically.

Surroundings are extremely important. You must be aware of multiple things like: exit points, potential weapons, walls (which you may be backed against) and most importantly other people (potential assailants).  Use the surroundings to your advantage. Running is always a good idea thus keep in mind the location of the exit door or some other way to exit the location. Beware of other people as well, as they may be friends of your assailant.  Try to keep everyone in your frontal cone of view. Also keep in mind nearby objects such as chairs, bottles or anything else in case you may need them or in case the attacker goes for one of them.

Once the fight ensues, you want to control where the fight takes place. Generally, you want to avoid the ground unless you are absolutely certain it’s a 1vs1 fight and no other people will be there to intervene. You also want to avoid being taken down and fighting on the bottom mainly because of the slamming risks and the risk of being outnumbered. This ties in with number 1 which is :

Distance control is one of the most important aspects in fighting, be it in the cage or the street. You want to stay out of his striking range, step in when hitting then step out of his range again. Keeping range will also help you see your surroundings better in case you need to escape or beware of other dangers. Avoid being very close to him for too long as fists are much smaller than boxing gloves and it’s much easier to connect with a punch through the guard than it is in boxing/kickboxing.

3 Ways to Close the Distance in a Street fight:

BJJ Self Defense: Which Positions to Use, and to Avoid!